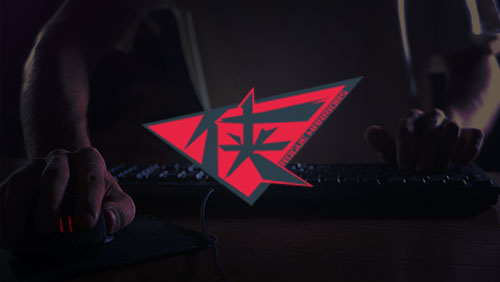 League of Legends games are never simple and another example of this should take place this weekend as LNG Esports take on Rogue Warriors in the Legends Pro League, with bookmakers offering LNG at a best price of 1/2 heading into the game. Rogue Warriors are currently trading at +2.62, but is that fair?

While the odds for Rogue Warriors are a larger 13/8 at their best – via Bet365 and William Hill – the match up should be closer even than that, and we’ll tell you why.

Rogue Warriors have recent form for proving the bookies wrong, as they showed in stunning fashion when they took down Suning Gaming at the start of this year. Not only was the defeat for SN unexpected, but the cous de gras was a late, late snatch in Map2 that got the whole Esports world to sit up and take notice.

While LNG are rightly favourites, enjoying more consistent results in recent years, Rogue Warriors are a team that fight to the end and are capable of great strategic wins late on, just as they proved against SN. While we’d avoid the over/under total maps market, Rogue Warriors are an attractive 5/4 to win the second map. If they need to, then they’re capable of levelling and might take advantage of some over-confidence from LNG if they’ve won the opening map. If Rogue Warriors are a map win from total victory, then they have what it takes to come from behind late in the day to snatch the win.

Elsewhere in League of Legends’ Legends Pro League this weekend, Edward Gaming are 9/4 outsiders to win against JD Gaming, with the 2-0 sweep for JD the pick at Evens.

Oh My God have lived up to their name recently and are in tremendous form, meaning their odds of 4/9 to beat Dominus Esports have to be taken. Invictus Gaming should have no problem taking care of Top Esports either, but only the 3/4 odds of them winning in straight maps should be taken, the game odds of 1/4 far too short to be considered.

Finally, on Sunday 22nd March, Suning Gaming take on LGD Gaming with Suning at odds of around 8/15. They have to be taken at that price, with their ability to put together devastating attacks that end contests in seconds rather than minutes. We also like the 4/5 offered on there being under 2.5 maps, with games featuring Suning often going one way or the other in quite a clear fashion.

With Esports tremendously popular anyway, this weekend’s League of Legends LPL line-up is sure to be a bumper weekend of action and will provide fans with more than the usual thrills and spills along the way.