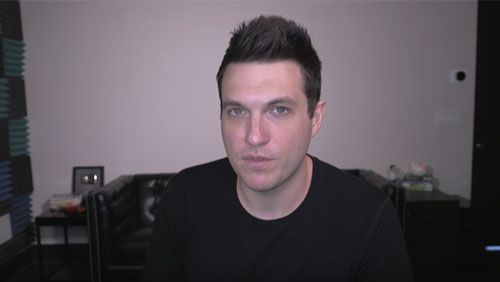 Posting what he calls his last ever poker video, which has already been viewed 125,000 times in a matter of days, Polk explained that while he has loved his time producing record-breaking – if not perhaps award-winning enough – poker content, the time where he cares about doing so has come to an end.

With over a quarter of a million active subscribers at the time of closing the channel off, Polk has been the most successful poker YouTuber, and he and his team should feel proud of the work they’ve put out there. Often hilarious, at times genuinely insightful, the channel at its best felt like the true hub of poker content, along with Joey Ingram.

Polk and Ingram certainly had their differences over the years, but by the end of their working relationship together, they were virtually playing roles opposite each other, then collaborating on much of the late Postle-inspired view-grabbing videos.

It’s clear that since he stopped playing, Polk’s participation in the genre on YouTube was a job, a way of making money. As he freely admits, he’s not got that passion anymore.

“I just don’t like poker anymore,” said Polk at one point in the video. “I really feel like I’m done.”

Polk pulled no punches with his dismissal of poker solvers as a negative reason for him making his exit, citing solvers as a major destabilising factor in the online game. Essentially, Polk was pretty negative in general about how robotic a memory game he felt online poker had become. This from someone who not only took on the best and won.

In addition to his live winnings of over $9 million, Polk is said to have banked over $2 million online as ‘WCGRider’ and one of his most famous money-making moments was his infamous $100 to $10,000 challenge, still one of his most popular videos:

In case you’re missing his content already, don’t worry, While Polk’s departure is most certainly poker’s loss, he has already begun putting a new series of videos out there, where he dissects recent events and processes the news in his own inimitable way. It’s just a shame that he’s decided to do that at such a time where there’s no major news story that citizens across the globe are glued to.

When it comes to content, Doug Polk has proved that he is able to command an audience no matter what the subject. The way he breaks down any subject is highly entertaining, and his take on the coronavirus crisis is amusing and a handy catch-all for the crazy situations people in many walks of life find themselves in.

In any future videos, Polk may have to rebuild a new audience, but having seen at least 15,000 viewers make the instant migration from his poker content to his all-new social and current affairs commentary, Polk is already proving that he has a sustainability that has outlasted poker. If everyone should have an exit strategy, it’s hard to see how Polk could have had a better one than this, or a better time to make new content to appeal to a captive audience.

Audiences simply don’t ever get as captive as they currently are.