Home / Sports / Where do the odds put Tom Brady heading after Pats departure? 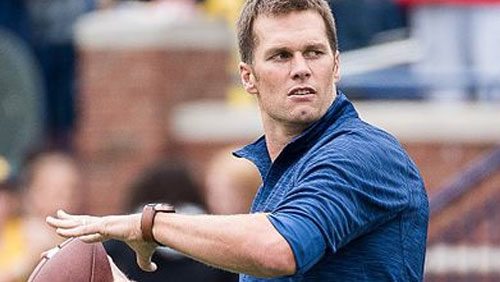 After two decades with the New England Patriots, quarterback Tom Brady is ready for a new challenge. As an NFL free agent, the six-time Super Bowl champ, and one of the oldest players in the league, wants to expand his horizons and see what other opportunities might exist. He announced at the start of the week that he wouldn’t be returning with the Pats for another season, and oddsmakers didn’t waste any time setting the lines on where he might be headed next.

The thought of Brady leaving the Pats was upsetting to fans, and rumors had persisted for weeks that his time with the team had come to an end. When he finally made his decision clear, he posted on Twitter, “I don’t know what the future holds but it is time for me to open a new stage for my life and career.” He then provided a separate note of thanks to his teammates and coaches, stating, “Our team set a great standard in pro sports and I know it will continue to do just that. Although my football journey will take place elsewhere, I appreciate everything that we have achieved and am grateful for our incredible TEAM accomplishments.”

At 42 years old, Brady isn’t exactly a young player anymore. However, he’s convinced there is still a lot of football left in him and he’s ready to prove it with another team. Several destinations seem more likely than others, with the LA Chargers and the Tampa Bay Buccaneers being the most likely contenders.

Oddsmakers started weighing in on what they thought, giving the Bucs the lead at -290. The Chargers were listed at +170, and a few other teams were also thrown into the mix at increasingly long odds reaching out to +3400 for the Indianapolis Colts. However, several of these other teams, including the San Francisco 49ers and the Colts, have already been taken out of contention as they have made other quarterback decisions.

For anyone taking the odds-on favorite, they’re most likely about to pick up some extra spending money. While there has yet to be an official announcement and no contract has been signed, the NFL back channels are letting it slip that Brady is, indeed, going to become a Buccaneer. This has already resulted in futures lines moving, with Tampa Bay’s odds of making it to the Super Bowl increasing from 40-1 to 30-1 at Caesars, and then increasing even more to 22-1. Brady has tremendous power to change the odds, and even Bovada moved the Bucs from 66-1 to 20-1 just off the rumors that he’s joining the team.