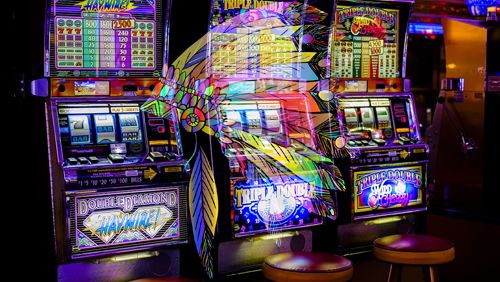 It took well over six years, but a native Indian tribe out of South Carolina has finally received approval to build a casino. The US Department of the Interior (DOI), which oversees virtually all aspects of tribal activity in the country, has agreed to put 16 acres into a trust for the Catawba Indian Nation, paving the way for the tribe to develop its casino and become more financially independent. Despite the good news, though, the Catawba people aren’t free to bring in the heavy machinery and break ground just yet. The land that has been allocated for the casino isn’t even in South Carolina, and a new fight is about to begin.

The land in question lies in North Carolina. It’s in an area called Kings Mountain about 35 miles above the border between the two Carolinas, and this could be a problem. In North Carolina, the Eastern Band of Cherokee Indians have a virtual lock on all gambling activity, and they have already made it clear that they’re not happy with the DOI’s decision. A new legal fight is almost certainly about to begin.

The Catawba originally wanted to put the casino in South Carolina and tried to do everything within its power to make it happen. The tribe received federal recognition in 1993, which led to the DOI erasing 34 years’ worth of economic suppression for the people. In 1959, the federal government had decided, without much thought, to strip the Catawba of its lands and its government, essentially asserting that the tribe never existed.

That order has now been reversed by the new DOI decision, which also earmarks $50 million for the Catawba to use in order to reclaim ancestral lands in both North and South Carolina. Any claims attempted on lands in North Carolina, however, are going to meet immediate attacks by the Cherokee, who dispute the Catawba Indian’s historical presence in the area. After the DOI announcement was made, the tribe’s chief, Richard Sneed, didn’t waste any time issuing a statement and told The Charlotte Observer, “The federal government has no right or authority to create a new reservation for the Catawba Nation across state lines, into Cherokee historical territory, just to build a casino.”

The Cherokee assert that the Catawba should “stay in their own state,” which is a pretty absurd claim. The Catawba have been identified as inhabiting the area since at least the mid-1500s and were known to be in the region when North and South Carolina were simply known as one territory, the Province of Carolina. South Carolina didn’t even become a state until 1776.

The Cherokee may not be happy with the decision, but they will have a difficult time fighting the federal government, as well as North Carolina. Two senators from the state, Richard Burr and Thom Tillis, and South Carolina Senator Lindsey Graham are supportive of the measure, and Burr asserts, “Congress always intended for the Catawba tribe to be able to take land into trust in North Carolina, where they have deep, historic ties. I hope this decision will finally allow the Catawbas to move closer toward their goal of creating jobs and economic development in Kings Mountain with state and local support.”