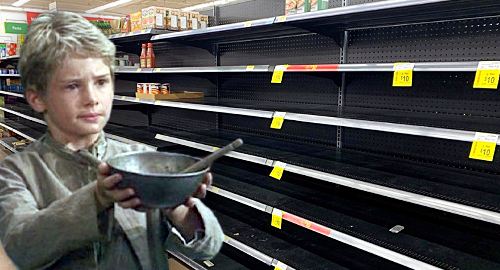 UK sports betting and gambling operators are pleading for the government to help offset the cancellation of all UK racing fixtures and the postponement of the Euro 2020 football tournament.

Betting operators suffered a double-whammy on Tuesday with the news that UEFA had decided to postpone the Euro 2020 football tournament until mid-2021 following a meeting with all 55 individual football federations.

The decision was made in order to prevent further spread of the Covid-19 coronavirus and to ensure the completion of individual countries’ football league seasons, most of which had already been suspended due to coronavirus concerns.

Tuesday also saw the British Horseracing Authority (BHA) announce that all racing in Britain was officially suspended until the end of April. BHA boss Nick Rust said the current crisis was “a national emergency the like of which most of us have never seen” and the BHA’s “first duty is to the health of the public, our customers and to racing industry participants and staff.”

The BHA had previously announced that racing would take place ‘behind closed doors’ to minimize further spread of the virus and two scheduled race meetings at Wetherby and Taunton would go ahead as planned but all racing would cease thereafter. The BHA’s announcement followed news on Monday night that the Grand National fixture had been cancelled.

The virus-related cancellations aren’t confined to Europe. The Copa America tournament in Latin America has also rescheduled its planned summer tourney until next year and Churchill Downs Inc announced that the 2020 Kentucky Derby would be postponed from May 2 to September 5, pending approval from state regulators.

One of the few remaining football options for bookmakers was the Russian Premier League, but this option was taken off the board Tuesday after Russian authorities announced the leagues had agreed to suspend all pro football, basketball and hockey competitions until April 10.

Some major UK gambling operators issued statements on Monday regarding the potential impact on their 2020 earnings given various virus-related scenarios. GVC Holdings issued a further update Tuesday saying the UK racing shutdown would reduce its earnings by an additional £20m-£25m per month “before any mitigating actions.”

GVC’s shares were down 12% on the London Stock Exchange at the close of Tuesday’s trading, while its UK rivals weren’t spared the pain. William Hill tumbled 26.5% and Playtech fell nearly 7%, while Flutter Entertainment somehow managed to shake off the closure of its Irish betting shops, its shares trading about where they closed on Monday.

The carnage has led the UK’s Betting and Gaming Council (BGC) to issue a statement calling for “temporary government support to help cover payroll costs, relief and time to pay duties and taxes, as well as access to finance,” to offset the dramatic fall in customer traffic at betting shops and casinos. The BGC is also asking UK banks to suspend interest payments and provide repayment holidays.

The BGC noted that online operators also desperately need help due to their betting calendar now looking as sparse as Mother Hubbard’s cupboard. BGC CEO Michael Dugher said the government needed to understand that “insurance simply doesn’t cover the impact of a pandemic.”