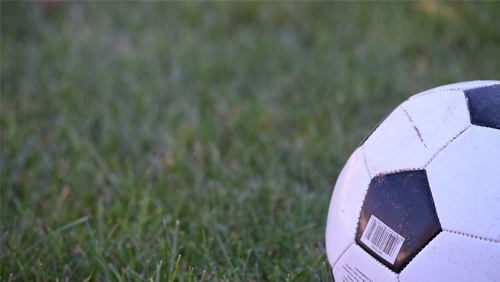 An entertaining night of Europa League action saw Rangers fall from their lofty ambitions to land in a heap at Bayer Leverkusen’s feet, while Manchester United recorded their biggest away victory of any sort for a long time in front of an empty stadium in Austria.

They say that a joke is only funny once it’s been laughed at, and if that’s true, then is a football match only thrilling if people are there to see it? While Manchester United have the biggest fanbase in the world and Red Devils fans will have been watching their side’s latest victory in an 11-game unbeaten run in their millions, no-one was inside LASK’s stadium last night.

With the game being played behind closed doors on medical ground, United tore LASK apart in a blistering performance from the Premier League’s in-form side. Odion Ighalo, who has now scored every time he has started for United, juggled the ball from right foot to left before smashing in an unstoppable shot off the crossbar.

That was only the beginning of the rout, however, as United scored four more in the second half from Daniel James, Juan Mata and late substitutes Mason Greenwood and Andreas Pereira, with United route to the quarter-finals virtually assured despite the announcement that UEFA fixtures face an indefinite suspension as of today.

As impressive as United were, Rangers were unable to match that performance at Ibrox, where they succumbed 3-1 to Bayer Leverkusen.

While Steven Gerrard’s side battled bravely to contain the much-fancied German side, goals from

As it looks, those won’t need to be doubled as Rangers looked markedly short of the quality shown by the Germans, Havertz justifying the price tags talked about with regard to his future. It is hard to see him staying at Leverkusen past the summer.

While Rangers’ George Edmundson grabbed a goal to reduce the arrears from 2-0 to 2-1, Leon Bailey’s spectacular curling effort two minutes from time only game the game a realistic gloss for the impressive and fluid Leverkusen. On this evidence, they should be a much shorter price to win the Europa League, and we tipped them to you at 9/1 just a few days ago.

One thing is for sure – after their display in Scotland, those odds won’t be coming back any time soon.

Elsewhere in the Europa League, Wolves could only manage a draw behind closed doors at Olympiakos despite having a man extra for over an hour. F.C. Basel grabbed a brilliant win in Frankfurt, while Shaktar Donetsk disproved the theory that they don’t travel well as they produced the shock of the fixtures, triumphing 2-1 at Wolfsburg.

Here are all the highlights from a shell-shocked Ibrox as Leverkusen taught the Scottish title challengers a footballing lesson.

Champions League Round of 16: Manchester City takes on Barcelona in a doozy
Kirby Garlitos
18 February 2014
.