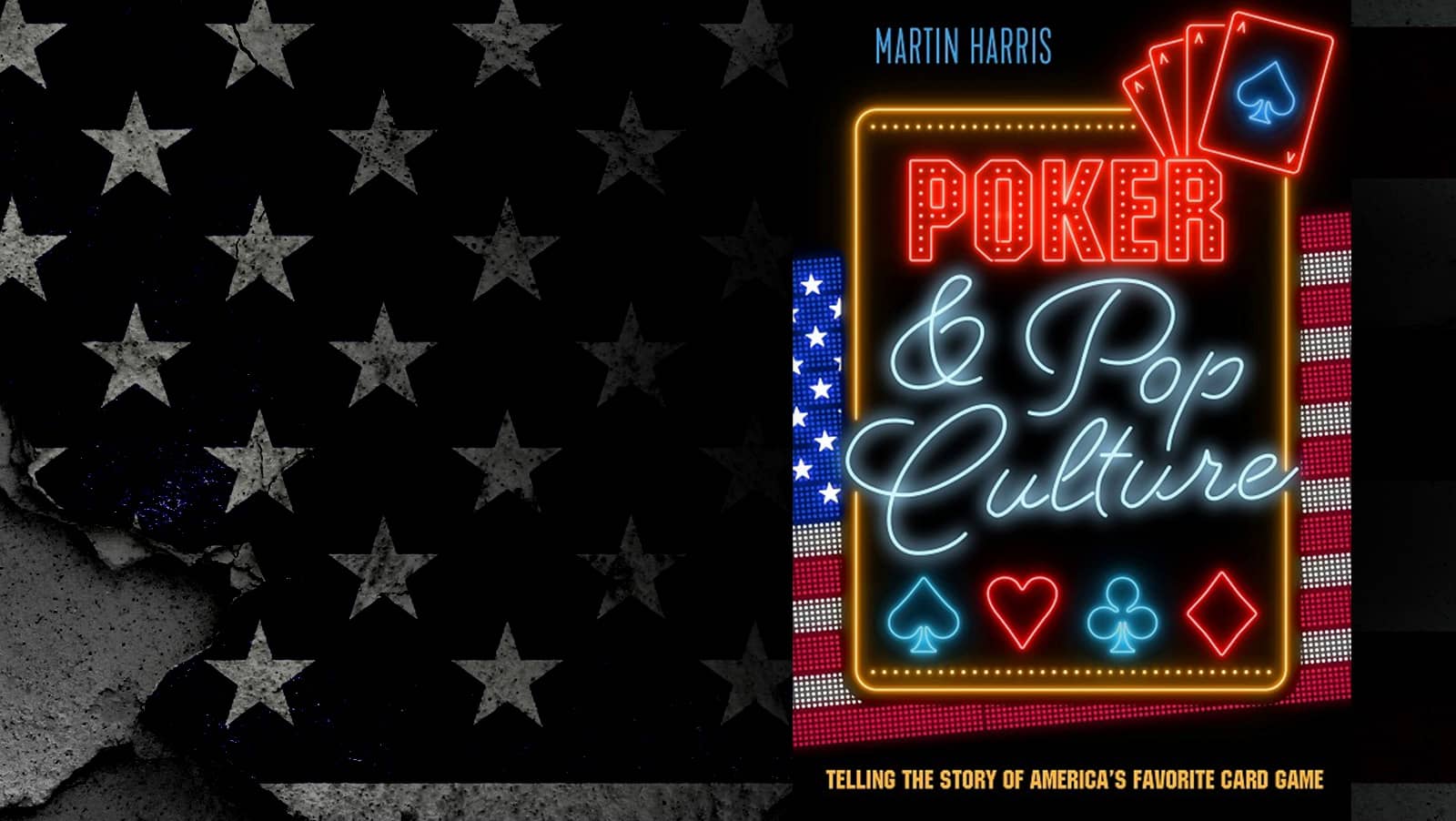 This week, there’s only one book we can cover, as the 2019 Global Poker Award handed out at the weekend for Written Media Content went to Martin Harris for his book of last year, Poker & Pop Culture.

The scope of Poker & Pop Culture is vast, covering the origins of poker from the game that originated in popularity in America on the riverboats on the Mississippi and developed in popularity across the Old West. The book captures the way poker fuelled the imagination of gamblers and gold panners everywhere as it grew and grew, turning into the game we all know and love today.

Covering 200 years of poker from the steamboats to the online poker scene that exploded post 2003 and The Moneymaker Effect, the book may have a rambling range of centuries of poker, but the writing is tight and the subjects all feel like important pins of the map of poker.

From the old days, poker was a social game and, as the book details, it is both fascinating and funny for its expansion into the global game it now exists as. From poker in the movies to games played during the war, the greatest card game on the planet has been through so many changes it is hardly the same game, yet the thread of poker is pulled tight and keeps it all hanging together with Harris the master of the narrative.

From poker on the bookshelf to Presidents who have played the game, the influence of poker in modern culture can hardly be underestimated. How many times in the last week alone have you heard politicians referring to situations like they are bluffs at the poker table?

From legendary novelists who found a place for poker in their work, such as Mark Twain, to the insertion of poker jargon into modern day film and television such as Star Trek: The Next Generation, Poker & Pop Culture is both comprehensive and compulsive, keeping the pages turning and providing a vast understanding of the game’s history at the same time.

Peter Alson wrote the successful poker book Take Me to the River and his review of Poker & Pop Culture was glowing.

“I always wondered what ‘exhaustively researched’ really meant. Now I know. Harris has unearthed a staggering array of juicy poker facts and lore from literature, movies, television, music and history, but his accomplishment goes far beyond its remarkable thoroughness, giving context, stature and meaning to America’s game, conveying it all in a delightfully elegant prose that is as heady and surprising as hitting a one-outer on the river. Poker & Pop Culture is a fist-pumping winner of a book.”

Poker & Pop Culture is the knowing friend who can whisper the secrets of the game in your ear and make you laugh at the same time.

Martin Harris spoke about his book upon its release, and it’s a great way of readying yourself for the book and learning about what’s inside the covers. If you’re not already encouraged to go and snap up a copy, then you need to know what you’re missing.

Harris’ book Poker & Pop Culture is a tour de force of poker writing, providing genuine insight amongst the anecdotes that will thrill and enthral you in equal measure. It’s available to buy right here – and award-winning to boot. Why not join the many fans of the poker book of 2019?