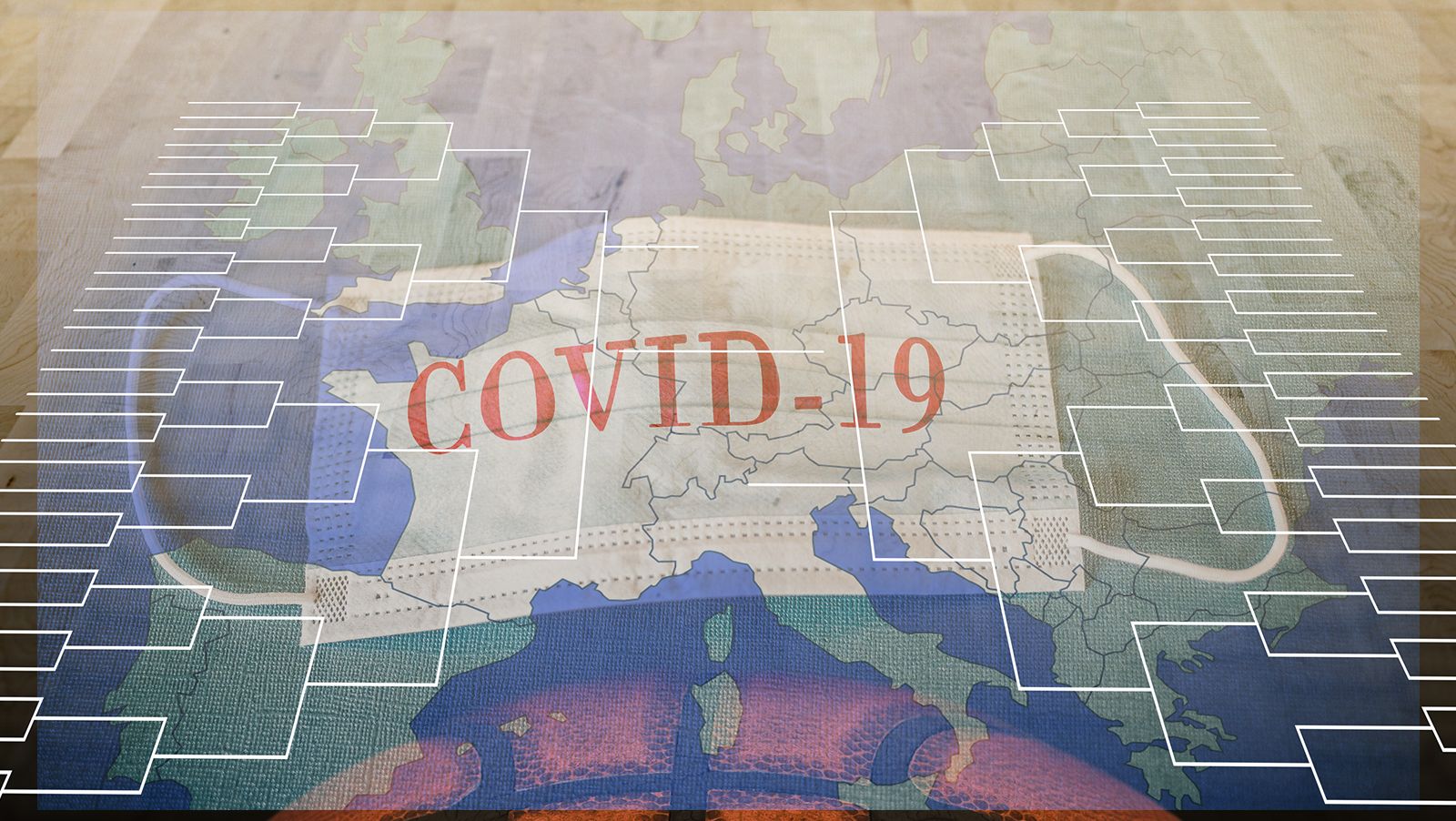 The coronavirus has reached the sports world, and it’s not messing around. On the same day the NCAA announced March Madness would be played to empty arenas, an NBA player tested positive for Covid-19, effectively putting the NBA season, and a large chunk of sports betting, on hold. The NCAA has advised, across all of the sports that it governs, that sporting events should not be open to the public. As a result, March Madness will not be played in front of fans, with attendance restricted to essential staff members and family.

“This decision is in the best interest of public health, including that of coaches, administrators, fans and, most importantly, our student-athletes,” said NCAA President Mark Emmert in a statement. “We recognize the opportunity to compete in an NCAA national championship is an experience of a lifetime for the students and their families.”

While obviously a bummer for the players and fans, Atlanta is particularly unhappy about this, as they are going to lose out on the Final Four that was scheduled to happen there this year. “While we are disappointed, we respect the decision of the NCAA and agree that public health and safety are our priority,” Atlanta Mayor Keisha Lance Bottoms said in a statement.

While March Madness is still going to happen, the big bombshell came today when Utah Center Rudy Gobert tested positive for Covid-19. Not only was Utah’s game against Oklahoma postponed, sending fans home confused, but the entire NBA season has been put on hold.

Gobert seems to be fine, but with as infectious as the disease is, he could have already spread it to dozens of players.  “The individual’s symptoms diminished over the course of today, however, in a precautionary measure, and in consultation and cooperation with NBA medical staff and Oklahoma health officials, the decision was made to test for COVID-19,” Utah said.

Earlier in the day, it was reported that the league was considering playing games with no fans in attendance, like the NCAA has moved to. But if Gobert had already spread coronavirus to anyone, having games at all would put the league at risk.

So far, other leagues aren’t following the NBA’s lead, but they aren’t ruling it out. The NHL released a statement shortly after the NBA postponed their season:

Major League Baseball has not made any decision about postponing their season, but with Washington State and San Francisco banning large public gatherings, the league is considering relocating games.

The English Premier League will also be kicking fans out of the stands, and also refusing to broadcast to pubs, but games will go on.

With so much going on, how will this affect your wagers? Bodog has pretty clear rules for postponed or cancelled games.

“All sporting events must take place on the date and at the site scheduled – unless otherwise specified. Time changes within a day do not affect wagers. If an event is postponed, rescheduled and/or relocated before it starts, that event will automatically be graded ‘No Action’ and your money will be refunded to your Bodog account.”

Rules for betting on a team’s total wins for the season are also firmly in place:

“All Team win totals are for the regular season unless stated otherwise. In the event of a game cancellation that is not replayed during the season, all wagers still have action unless the result of the cancelled game(s) would impact the result. In cases where the unplayed game(s) would have an impact of the result, all wagers will be settled No Action.”

We reached out to our sources at Bodog to get more of their thoughts. They noted that with so many sports locking out fans, some might think that home field advantage might get skewed in the odds. But that’s not the case.

“In all major leagues (including NCAAB and NCAAF) home teams are winning between 53% and 68% since 2005 so there is no debating that home team advantage is a real phenomena,” our sources noted. “There is a famous study done by Harvard university that showed the referee decision were influenced in favor of the home team based on the reactions of the crowd. However in recent seasons with the advent of replay in all major North American sports, referee bias has been greatly decreased, to the point that referee bias from the crowd is barley taken into account anymore when setting lines.”

Bottom line though is one way or another, these precautionary measures will have an effect on lines:

“We expect to see more action on road teams as bettors will believe there is a lost advantage now for the home team. If it is true or not is not going to be the issue when setting the line, its weather the bettors think it’s a true advantage and if it will affect the way they bet (short and long term). We think we will see the biggest increases in betting on road favorites as long as fans are not allowed into the venues. As is the case with anything else if this empty stadium trend continues for an extended period of time we will adapt the way we make our lines, but for now as this trend is just starting, I would not be surprised if we shade towards the Away teams as betters will perceive “value” on them playing in an empty arena.”

“Is definitely not a fun time as usually is doing my job as an oddsmaker with all the recent news of the NBA being suspended, no fans for March Madness, soccer games playing with no one there is something we do not plan for usually. But for now is business as usual and we will see how it plays out since there is quite a bit of money on all these sports to win Championship, Win Totals and the list goes on. I will not be surprised if the NHL, XFL and MLB follow suit shortly, fingers crossed does not come to that, only means more hours for me and my team figuring this all out and the value in certain sports of ‘home advantage’ and how much it will play into the spreads and totals.”

When will we get back to normal?

Who knows, right? Not long ago, Donald Trump was saying all of American cases could be cured by now, and instead we got a postponed NBA season with over 1100 infections in the U.S. alone. With nobody really knowing when this will end, perhaps players will turn to poker for their gambling action, or virtual sports could see an uptick.

This also makes for some potentially juicy wagering opportunities. Bodog has released two new wagers related to the coronavirus.

When Will The NBA Officially Resume The Regular Season Schedule?

Which Of The Listed Countries Will The US Ban Travel To/From Next?

This article was updated to reflect an additional statement from Adam Burns, Sports Book Manager of betonline.ag