On February 28, a bill that would have legalized sports betting in Wyoming died on the state House floor. The bill, which was sponsored by Representative Tom Walters, was defeated by a narrow 32-27 vote. But a separate gambling bill to establish new regulations was agreed on and sent to the Senate. 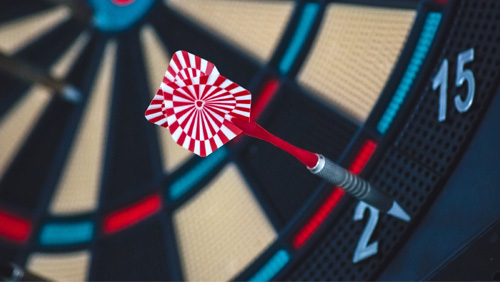 According to Walters, this was simply a vote against any form of gambling within the state. “They felt that by providing a regulatory opportunity it was legalizing it,” Walters explained. “I somewhat disagree in saying it’s not illegal but it operates in an underground world because we don’t have a regulatory framework in place. With no regulatory framework, it will continue to not be monitored.”

The bill proposed a 16% tax rate and an initial license fee of $20,000, renewed annually at a cost of $10,000. The bill also set a minimum gambling age of 18 years of age and would have allowed for betting to begin in 2021, just in time for the NFL playoffs.The bill did not set a limitation on the number of applicants who could bid for a sports betting license.

Unfortunately for Walters and other supporters of the bill, there just didn’t seem to be enough support for the measure. “I knew it was tight but felt like I had enough support that it was worth it, and also I wanted to start the conversation. There were some people who were maybes, and the ultimate five of those folks decided to vote no.”

Despite the setback, Walters is adamant that he will fight again next year, if he’s reelected in November, 2020. “I think legislators will go home and their constituents will ask what happened with sports betting. I think a lot of them don’t realize how much sports betting is taking place. When they get back and talk to their neighbors they’ll be shocked by how much interest there is in this, and then next year they might be excited to put regulation in place.”

Currently, the only legalized gambling within the state is on dog and horse racing and video gambling terminals found in bars, but that could soon change.

The House passed Bill 171 earlier in the week by a vote of 43-16. Should the Senate also pass it, important gambling regulatory powers would be provided to a Wyoming Gaming Commission. After ammendments, the bill also provided definitions for skill gaming, bans on video game terminals, and a high tax rate on operators.

Representative Steve Harshman, who contributed some key ammendments to the bill before it passed, explained that he wanted to set a high tax rate now so there’d not be any need to hike it later. Ultimately though, he just wanted to get something done. “I’m just trying to open things up and let the gaming commission decide all this,” he said.