Two casino workers from Parañaque City in the Philippines are now going to stand trial after being busted for allegedly kidnapping a third individual. The case is the latest to draw attention to the world of illegal loan sharking in the Philippines, which, according to some law enforcement officials, is becoming a bigger problem. While the full details of the incident have not yet been released, the victim was reportedly chosen for outstanding loans, and it might be a good time for casinos to do a better job at vetting their employees. 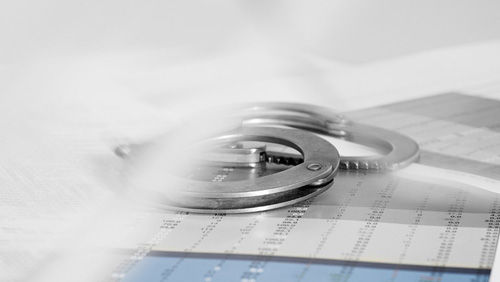 The two criminals are reported to be Chinese nationals who were working at an area casino. According to the Manila Bulletin, which didn’t provide a great amount of detail on the incident, the scheme fell apart when casino security personnel got involved and contacted police. The director of the law enforcement division’s Anti-Kidnapping Group (AKG), Brigadier General Jonnel Estomo, indicates that the casino security officers are the “reason behind the successful operation.”

Jiang Zhenqiang and Zhu Peijian were arrested at 2 AM this morning in Barangay Tambo in Parañaque City. Following their arrest, the victim, Chinese national Jiang Longgen, was found and rescued. It isn’t clear whether or not he had been harmed while being held captive.

Major Ronaldo Lumactod, a spokesman for the AKG, describes the crime as being similar to other cases that have occurred recently in the Philippines, and which have also been seen in other locations, such as Macau. Foreign gamblers, after not being able to spend some time with Lady Luck in the casino, turn to loan sharks to try to recuperate their losses and, when the losing streak continues, they’re unable to make good on the outstanding debts. As a result, the loan sharks kidnap the gamblers and torture them, sending video footage of the torture to the gambler’s family members in order to get them to pay up.

The arrests come at the same time as another, similar kidnapping. This past Saturday, Huang Ya Jian, Liang Bin and Li Wei, all Chinese nationals, were arrested for their alleged involvement in the kidnapping of a 20-year-old gambler. The victim had reportedly received around $19,000 from the group and lost around half of it gambling. Feeling it was time to cut his losses, he returned the other half, but was kidnapped and held for the entire amount of the loan.

A friend paid the amount, but the kidnappers still refused to release him. They kept him locked up in a hotel room, but the friend who had provided the ransom contacted casino security, who called police.

AKG Director Estomo had only recently gotten together with casino managers to try to create joint plans in the event kidnappings occurred. Those plans involved coordination and intervention in suspected cases, and the pep talk seemed to have worked, as more arrests are being made.