Pennsylvania wrestling again with the definition of ‘Games of Skill’

What exactly are “games of skill,” and should they be allowed? It’s a legal mess that Pennsylvania is now having to solve, looking to make a clear determination on what games involve an element of skill and which are pure luck. 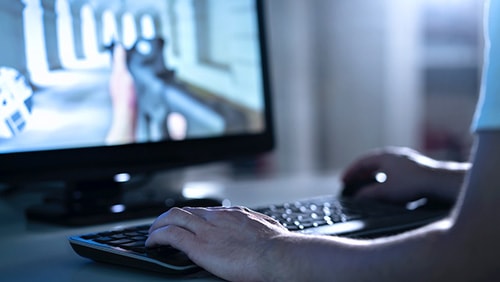 Many opposed to these machines look at them as a way to skirt the law by offering cash rewards for games where “chance” is not the primary factor in why someone wins. As Jess Fiel, the senior director of government relations for the American Gaming Association, explained recently, “We don’t really want to reward this behavior. We don’t want to say, ‘Just because you’ve been doing it without proper protections, doesn’t mean it should continue.'”

Pennsylvania first had to confront the question of games of skill in in July 2019, when skill game machine manufacturer Pace-O-Matic filed suit against competitor 3C Amusements, which was accused of “operating machines that have been ruled illegal gambling devices and is advertising its business as a casino.” The argument was made that these machines were “chance-based,” which would make them illegal under Pennsylvania law.

Ironically, Pace-O-Matic had been sued years earlier when a competitor made the same claim against them.

Pace-O-Matic spokesman Mike Barley disagreed with Fiel’s conclusion, explaining that this has become an issue because outside groups are making it so. “We understand that there are groups that don’t want to see competition and they’re mostly from out of state.” He added that his company is more than happy to allow the state to tax the machines, adding that “They’re not too many industries that do that.”

Under Pennsylvania law, “games of skill” are not regulated by the state. What differentiates these machines from video gaming terminals (VGT) is that the latter are classified as “games of chance,” meaning that a player’s skill level has no bearing over their success in winning. VGTs were legalized under gambling laws passed in 2017.

Many of these machine designers are arguing that there is no “gray area” at all. They point out that these devices do not fall under the 2017 statute. Regardless, the Pennsylvania Gaming Control Board wants complete regulatory authority over them. In a brief filed with the court, the agency proposed that they “regulate the entire field of slot machines in Pennsylvania and to eliminate opportunities for two classes of slot machines: those with player protections and fairness and those without.”

Pennsylvania lawmakers are looking for clarification as well. Sen. Scott Martin pointed out that these games of skill are appearing “all over.” This came during a lottery budget hearing where the committee was debating what to do about these games. “It behooves all of us under this dome, in this building, that we have to get a handle on some sort of solution when it comes to [games of skill],” Martin added.

Pennsylvania is not the only state grappling with this issue. Both Virginia and Washington, D.C. are facing similar disputes. These “games of skill” are becoming as popular as arcade games, and often are designed to look very much like what one would find in one of these arcade businesses. In Virginia, over 6,000 convenience stores are believed to have these machines inside their business.