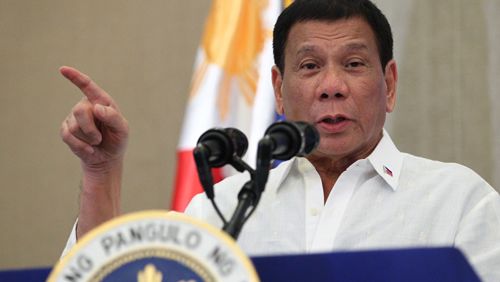 On February 20, it was announced that Philippine President Rodrigo Duterte had fired all officials and employees of the Bureau of Immigration (PI) who were allegedly involved in the so-called ‘Pastillas’ bribery scandal. The scheme allowed Chinese Philippine Offshore Gaming Operator (POGO) workers to enter the Philippines without a work visa. In a statement provided by Presidential Spokesperson Salvador Panelo, he said, “The President considers this anomaly, which some define as the pastillas scheme, as a grave form of corruption which cannot be countenanced by the government.”

This Pastillas scheme got its name from the Philippine snack, whose wrapper was used to conceal the bribes given to officials. According to allegations, the scheme involved collaboration between BI employees, tourist agencies, and airport personnel. Chinese nationals received tourist visas by working with tourist agencies. Once they arrived at the airport, they would be ushered to a POGO to begin work. They would not have the proper documentation but, with BI employees involved in the scandal, they didn’t have to show any.

Allison Chiong, an Immigration Officer, recently explained before the Senate Committee on Women, Children, Family Relations and Gender Equality that he had recorded videos showing officers helping to get these Chinese workers through the Ninoy Aquino International Airport so they could work for POGOs.

Panella explained that the decision to sack the involved officials was made once Duterte received reports about the scheme:

“As we have repeatedly stressed, there are no sacred cows in this administration. Any official or employee who commits any wrong in the performance of their respective duties shall be meted out with the punishment that they deserve and in accordance with our penal laws.”

Philippine Senator Risa Hontiveros has been pushing for a thorough investigation of POGOs to see how widespread the corruption may be. She reported that a total of 1.8 million Chinese nationals have arrived in the Philippines in recent years, and according to her calculations, the bribery scheme could easily have earned the perpetrators a minimum of PHP 10 billion ($200 million).