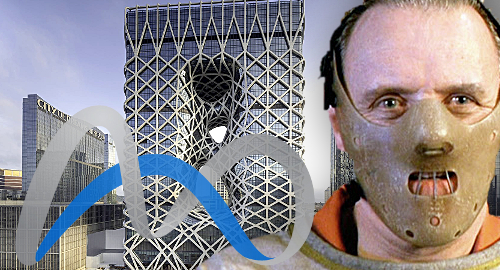 Casino operator Melco Resorts & Entertainment (MRE) relied on a surge in mass market gaming to ride out a slowdown in its VIP gambling operations in the final quarter of 2019.

MRE, which operates casinos in Macau, Manila and Cyprus, said the company managed to avoid the worst impact of Q4’s “macro headwinds” through the robustness of its mass market gaming operations, which produced group-wide mass table revenue of around $850m, up 12% year-on-year and a new company record.

MRE enjoyed gains in mass table drop across its property portfolio but especially so at its Altira Macau and Studio City casinos, while enjoying small bumps in mass table win everywhere except its flagship City of Dreams Macau property.

It was a different story on the VIP gambling side, which saw significant drops in turnover everywhere except City of Dreams Macau, which clearly had the right incentive programs in place, as VIP turnover rose by nearly 40% to $16b.

In Cyprus, where MRE owns a 75% stake in the Casinos Cyprus (C2) business, the temporary casino in Limassol and three smaller satellite venues reported total revenue of $24.7m, up from $15.6m in Q4 2019, largely on the strength of gaming machine handle jumping nearly 80%. Cyprus earnings nearly tripled to $8.6m.

MACAU “NOT THE MOST COMFORTABLE ENVIRONMENT” RIGHT NOW
MRE told analysts that the government-ordered 15-day shutdown of all Macau casinos due to the coronavirus crisis started out costing the company around $3m per day but adjustments were made to lower this to around $2.5m (similar to Wynn Resorts’ daily losses).

Macau lifted the shutdown order this week and casinos have begun ‘phased’ re-openings, but MRE CEO David Sisk said there were only “about 10 customers” waiting to get into Studio City when the doors opened around midnight. Two hours later, “we had 20 customers at City of Dreams.”

Sisk noted that Macau is currently requiring all customers and casino staff to wear masks and keep distances between themselves at the gaming tables and slots, so “it’s just not the most comfortable environment to come into right now.”

Sisk estimated that authorities in Beijing aren’t likely to lift the current restrictions on the Individual Visit Scheme until April or May, while other Southeast Asian nations are starting to impose their own travel restrictions. The expectation is that Macau’s recovery will be “incredibly slow” and MRE expects to be “challenged through the future” for at least “four to six months.”

MRE CEO Lawrence Ho agreed that Macau’s recovery period “is going to be longer than most people think.” Ho acknowledged current theories that there would be “pent-up demand” among gamblers due to Macau’s shutdown, but maintains that “more than half the year is going to be lost.”

Ho said little about MRE’s current regulatory issues in Australia, where the company was forced to pause its deal to buy 20% of casino rival Crown Resorts before ultimately concluding it needed to conserve its cash to deal with the other challenges currently facing the sector. Ho said only that MRE would “see what happens going forward.”