Kansas lawmakers know that they already missed out on one of the best sports gambling opportunities of the year, Super Bowl LIV, and have virtually no chance of greenlighting the activity ahead of the NCAA’s March Madness next month. As a result, they’re not exactly rushing to approve legislation that would allow the state to start seeing sportsbooks pop up in casinos; however, things are still moving forward. The Senate Federal and State Affairs Committee (FSAC) began scrutinizing a sports gambling bill last month, and finally put it to a vote this past Monday. So far, so good, and there is now one less hurdle the bill has to jump. Unfortunately, there are still about 500 on the track ahead. 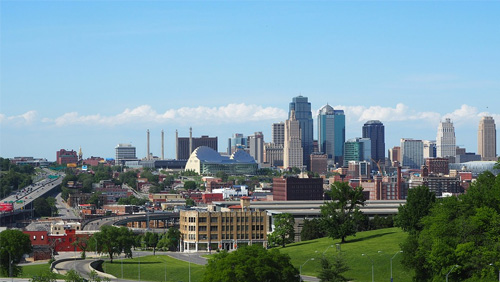 If no other changes are requested as the bill continues to advance, the four casinos found in the Sunflower State would be authorized to create their own sportsbooks, and mobile wagers would be allowed, as well. All of the activity would be overseen by the Kansas Lottery, which would also be charged with ensuring the 10% online wager and 7.5% retail wager taxes are collected appropriately. The idea of the Lottery administrating sports gambling is one of the many hurdles, as some try to argue that the entity doesn’t have any experience in the market that would justify its leadership role.

The bill also stipulates that only official league data can be used by oddsmakers to create the lines and odds. Official league data is another way of saying statistics that have to be purchased from the sports leagues, and is the reincarnation of the failed “integrity fee” that the leagues had previously demanded. After states scoffed at the idea, the leagues changed tactics and began pushing for the use of only league-supplied (purchased) data.

This idea has received stronger support than the integrity fee, but still has not been accepted by everyone. According to Kansas Senator Rob Olson, “I’d rather see official data. I know the casinos don’t like this piece.” With casinos able to convince certain people to join their cause, this is another hurdle that is faced.

The Kansas Senate is working on a bill, but there isn’t any similar legislation in the House. There is a larger bill in the chamber that includes sports gambling, but it is on a completely different level, and would allow the activity at over 1,200 retailers. It would also allow dog racing tracks to launch sportsbooks, as well. Those tracks are currently closed, but bringing in sports wagers might be enough of an incentive for them to reopen. However, since the two chambers aren’t looking at comparable bills, bringing lawmakers together in a single direction is going to be difficult – yet another hurdle.

As much as some lawmakers would like to see sports gambling come as soon as possible, this isn’t likely to happen in 2020. Legislators in the House are still showing up to work, but, according to the legislative calendar, the Senate is now on break. This is the biggest hurdle, since there’s no way for any bills to advance in the Senate until the chamber is back in session.