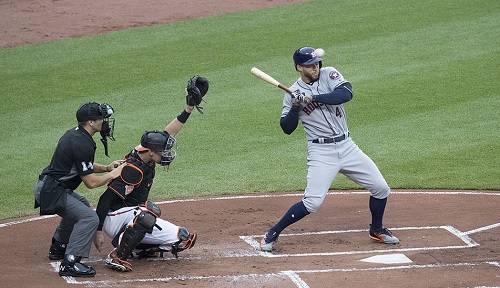 The Houston Astros sign stealing scandal continues to rock Major League Baseball (MLB). Although punishments have been doled out to team officials, the magnitude of the teams’ cheating still has lots of players feeling salty, and spring training talk has sports books speculating how they will get their revenge.

The scandal, which saw the Astros using cameras and a trash can to steal and relay pitch calls to the batter at the plate, has already been dealt with as far as the team and MLB are concerned. The league suspended Astros Manager AJ Hinch and General Manager Jeff Luhnow, and the team fired them shortly after. Notably though, no current or former players were punished for the scandal, which the MLB’s report suggested was a “player-driven scheme.”

Unfortunately, even with the full story in hand, there’s nothing the MLB could do. The Major League Baseball Player’s Union is the strongest in North American sports, and protects players from punishment without notice. As none was given by the team to the players during the scandal, the league would likely lose in court if it tried to level any punishments.

Making matters worse, when asked if he considered stripping the Houston Astros of their 2017 World Series title, he called the act useless. ‘The idea of an asterisk or asking for a piece of metal back seems like a futile act.” That has many proud players feeling Manfred has cheapened the whole point of the league.

So, many upset players might resort to the last means of justice available to them: the old bean ball. William Hill are offering a line on how many Astros will get plunked by opposing pitchers, with the over/under set at 83.5. That’s well higher than the average a team usually gets hit, which last year was 66.1.

That has the Astros new manager, Dusty Baker, worried. “I’m depending on the league to try to put a stop to this seemingly premeditated retaliation that I’m hearing about,” he said Saturday morning. “And in most instances in life, you get kind of reprimanded when you have premeditated anything. I’m just hoping that the league puts a stop to this before somebody gets hurt.”

Baker’s worries came after comments from several pitchers, who indicated it will be a bruising season for his team. “I think players will deal with it the way it should be across the league,” said Cleveland Indians pitcher Mike Clevinger. “I don’t think it’s going to be a comfortable few ABs for a lot of those boys, and it shouldn’t be. They shouldn’t be comfortable.”