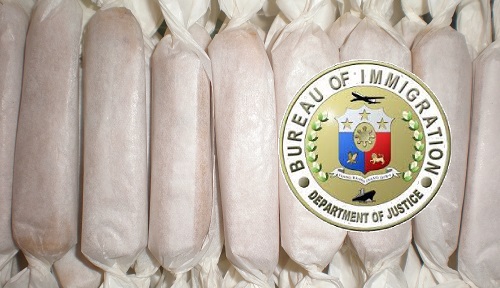 After bringing a woman out to describe an alleged human trafficking ring at a Philippine Offshore Gaming Operator (POGO), Senator Risa Hontiveros still had some bombs to throw. On February 17, she made accusations that the Bureau of Immigration (BI) had an elaborate corrupt system set up to help Chinese laborers enter the country illegally, nicknamed “Pastillas.”

Pastillas, for those unfamiliar with the treat, are homemade treats made from milk and sugar. It’s not uncommon to find them being sold by all sorts of professionals to help attract extra income. Our pediatrician’s secretary sells them on the side for a few cents apiece.

Hontiveros alleges the BI pastillas racket had no such treats, but was an elaborate system for BI and airport officials, along with tour operators and local “syndicates,” to divvy up the PHP 10,000 ($197) Chinese migrants would pay to enter the country as a tourist, rather than with proper working papers. The scheme got the pastillas nickname as the money would allegedly be rolled in the same bond paper the treat normally comes in.

Of the PHP10,000, PHP2,000 would go to government officials and terminal heads at the airport. The remaining PHP8,000 would be collected by the syndicates to arrange for transfer between the airport and the POGO the immigrant was to be employed by.

For the two week period between November 15 to 28, 2019, Hontiveros claimed that as much as PHP 1.75 million was collected in the pastillas scheme. Chinese companies also provided meals to airport officials, as part of the alleged corruption.

Presenting pictures and video to her senate committee, she challenged BI officials who denied any knowledge of the practice. “That’s not a standard procedure!” Don’t deny that what we saw in the video is nothing,” she said.

Immigration Port Operations Division acting chief Grifton Medina told the Senate panel he had no knowledge of such a scheme, and described a 45 day rotating schedule that keeps staff from getting corrupt in their role.

It’s unclear where Hontiveros got the information she presented on Monday, or if the pastillas scheme is still ongoing. The instant messages she provided told the story of a fairly elaborate scheme of compensation, if true. If such a scheme had been going for quite some time, it would help explain how so many undocumented workers allegedly entered the system. It also raises tough questions for the Bureau of Immigration, one of the task force members expected to help clean up the Philippine POGO industry.