Casino project planned for Iowa airport rejected by board

The Des Moines International Airport needs a new terminal.  Air traffic through the facility is picking up as the airport becomes a major hub, and the new wing would help alleviate congestion.  In order to build it, though, $500 million had to be sourced from somewhere.  Most of the money has been found, but the project is still $194 million short.  That led a casino developer to offer a novel approach, suggesting the construction of a casino at the airport.  However, the Des Moines Airport Authority (DMAA) has now said, in certain language, thanks, no thanks, not at this time. 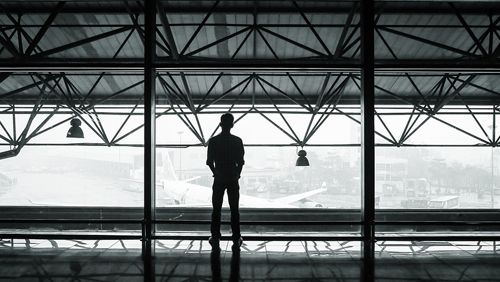 Highview Development Group (HGD) offered to build a $225-million casino and hotel at the airport, asserting that it would generate up to $85 million a year in revenue.  The company met with the DMAA last month to pitch the idea, which would have offered a 350-room hotel, a casino, a restaurant and other amenities.  However, the project will have to sit on a shelf, at least for now.

According to local media outlet KCCI, the DMAA didn’t necessarily reject the idea; However, it also didn’t accept it.  It essentially took no action, which means that the proposal is neither alive nor dead.  However, the board added that it didn’t believe the plan, as presented, was “thorough or robust enough.”

In supporting that belief, board member Mark Feldman pointed out one glaring shortcoming.  He explained to HGD’s Reggie Sinah, who was prepared to team up with Wild Rose Casino for the project, “In your earlier presentation you identified some of the hurdles, but you simply tell us to ignore them because you don’t agree with them.  That’s not the way the world works.”

There’s also another issue that would make building the airport virtually impossible, but which will most likely now be challenged legally.  The airport is located in Polk County and, when the Iowa Racing and Gaming Commission allowed the Prairie Meadows casino – also in Polk County – to begin offering table games 16 years ago, that authorization came with a caveat.  Prairie Meadows was given exclusivity in the county and gambling expansion was off the table.

Prairie Meadows would have to be willing to give up its exclusivity – not something likely to happen.  The casino is owned by the county and managed by a local non-profit organization.  24% of the venue’s gross gaming revenue, around $6 million a year, is split between the county and the state, and a commercial gaming venue would eat into that revenue.  Feldmann added, “I don’t see a path to a licensed casino facility on our grounds. I don’t see why we’d dedicate the effort … in face of what is really just a very remote possibility.”