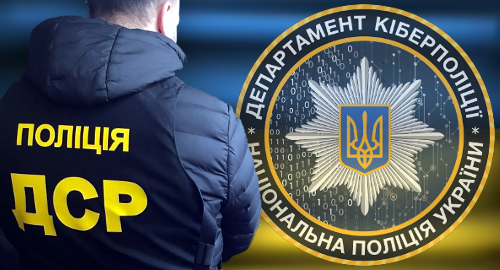 Ukraine is intensifying its campaign against unauthorized online gambling as the country continues its slow march toward a regulated online market.

On Wednesday, the Cyber Police of Ukraine announced that it had teamed up with the Office of Strategic Investigation in the Kiev region to target a number of illegal online casinos that disguised themselves as “legitimate IT development” businesses.

The illegal operators reportedly served both Ukrainian and international customers, generating a “monthly income” of around $1m. The authorities seized the usual combination of computers and documentation, all of which are being studied to trace the operation up the food chain to the big cheese(s).

That action followed a late-January bust of a Kiev-based online casino turnkey service disguised as a software hub for online video games. That bust resulted in the arrest of some 50 IT staffers who reportedly served a total customer base of around 300k gamblers.

These anti-online actions followed a crackdown on illegal land-based gambling operations offering access to slot machines while posing as lottery offices. The crackdown followed hot on the heels of Ukraine’s parliament voting down gambling legislation, which President Volodymyr Zelensky blamed on the influence of gambling operators who resisted their activities coming under new regulations and paying proper taxes.

Last month, local media reported that the National Bank of Ukraine (NBU) had issued a reminder to local merchant banks, payment processors and associated businesses that, despite the government’s efforts to update the laws, the activity remained illegal and the NBU required “strict observance” of the current laws.

FAVBET: UKRAINE NEEDS TO SAY ‘NYET’ TO RUSSIA
The Ukrainian retail crackdown resulted in the cancellation of the Ukraine Poker Open, which was set to start in Kiev on January 26, after the host venue Full House was shut down. Around the same time, word spread that authorities had raided the offices of local bookmaker Favbet, which dismissed this talk as rumors started by Russian rivals seeking to discredit a domestic competitor.

However, Kiev prosecutors later confirmed that Favbet’s office had indeed been searched on suspicion that its Favbet and Favorit brands were serving Ukrainian gamblers via websites that not only offered sports betting but also slots, casino games and poker in violation of local law. Favbet’s retail offices were also closed during the government’s late-December crackdown.

Several years ago, Favbet’s parent company Lucky Land LLC was accused of tax evasion through a network of land-based venues authorized to sell lottery tickets but which prosecutors suspected of offering prohibited gambling products. However, local courts rejected prosecutors’ efforts to pursue their investigation based on a lack of evidence.

On Wednesday, Favbet communications director Katerina Mashevskaya told Betting Business Russia that her company had grown from a purely Ukrainian concern to an international online business licensed outside the Ukraine but still serving Ukrainian punters.

Mashevskaya repeated the company’s earlier claim that its current woes were the result of Russian companies competing for Ukrainian customers that view a local brand such as Favbet as a “significant obstacle” to that goal. But Mashevskaya said the company’s current problems won’t deter it from pursuing Ukrainian licenses for “all types of gambling activities.”

Given the Russian military incursion into Ukraine’s eastern regions, Mashevskaya said Favbet supported Ukraine’s goal of “banning the operations in Ukraine of gambling companies with Russian roots and/or an undefined ultimate beneficiary.” In Mashevskaya’s view, “the Ukrainian market should be closed to the aggressor country.”