It’s all over for the NFL 2019-20 season after the Kansas City Chiefs embarrassed the San Francisco 49ers in Super Bowl LIV. However, football gambling fans don’t have to worry about what to do to keep them busy until this September. The XFL, on track for yet another attempt to make it through a full season, is about to get underway and offers a plethora of gambling opportunities to keep things interesting. Sportsbooks everywhere aren’t taking a break after the NFL Championship game and are busy putting up the numbers for the alternative football league. 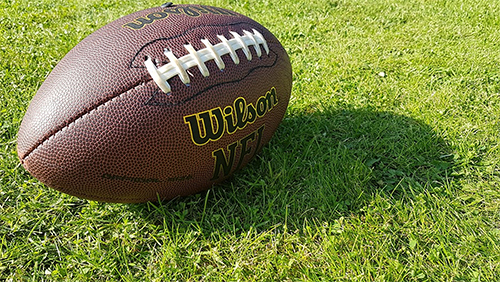 Currently, with no games having been played in the season, oddsmakers believe that the XFL has enough talent to rank the teams. Bodog, as well as virtually all others, have put the Dallas Renegades on top to win the Championship, giving the team +300. After that, the New York Guardians are getting +400 and the LA Wildcats are looking at +550. The definite longshot is found in Washington State, where the Seattle Dragons are only able to secure +1100 odds.

While the NFL’s Dallas Cowboys couldn’t get anything done, perhaps the Renegades will. The team has already brought in a lot of talent, including quarterbacks Eric Dungey and Landry Jones and former Cowboys running back Lance Dunbar, and is ready to get the XFL season started on the right foot when it meets the St Louis Battlehawks on February 9, a day after the season officially gets underway.

The NFL has tried to keep a certain separation between football and gambling; however, the XFL has taken a completely different approach. It welcomes gambling with open arms, and even established a gambling integrity program, through a partnership with Genius Sports, to provide better transparency. The commissioner of the league, Oliver Luck, has worked with sportsbooks to determine how to roll out the action, telling the Tampa Bay Times this past December, “The sportsbooks…are interested in making the odds, accepting bets. We asked them what information they need and when they need depth charts, all those things. I’m not sure that there’s anything that we’ll do that’s different than any other league.”

There are several variations to the rules between the XFL and the NFL, all designed to help keep the game moving at a fast pace while minimizing the possibility of injury. On a kickoff, for example, the kicking team (except for the kicker, of course) can’t move until after the receiving team receives the ball. Gone is the point-after kick, replaced with an opportunity to score one, two or three points by the scoring team. Lining up on the 2-, 5- or 10-yard line, the team makes an attempt at the end zone and, if successful, tacks on the additional point(s), with an increasing number of points corresponding to the increasing distance from the goal line.

Some of the other differences include a 25-second play clock and an absence of coaches’ challenges. Just like in college football, a receiver only needs to have one foot in-bounds for the reception to be good, and halftimes will only be ten minutes long.

The XFL season runs February 8 to April 26, the day the championship game will be held. Once it’s done, gambling fans will have a few months to rest and start preparing their playbooks for the next NFL season.