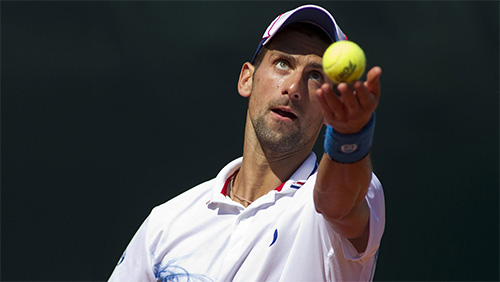 After a thrilling five-set classic, Novak Djokovic turned his dreams into yet more ridiculous reality as he triumphed 6-4, 4-6, 2-6, 6-3, 6-4 against Austrian challenger Dominic Thiem at the Rod Laver Arena. The Serbian powerhouse Djokovic had already won the Australian Open a record seven times, but he extended his own record in Oz, and in doing so, became the only man in tennis history to win Grand Slam singles events in three different decades.

That Djokovic was two sets to one down against the younger man and still emerged from the hard court victorious should surprise no-one. As he said in his acceptance speech, this is a man who knows how to triumph over adversity, who came from nothing to become the heir incumbent to the title of the Greatest of All Time. It no longer seems a case of whether Djokovic can beat Roger Federer and Rafael Nadal in the Race to 21 Grand Slam singles titles.

It looks merely a matter of when.

Thiem was impressive in defeat, stoic in building a lead, solid if not always spectacular in every set, even those he lost. Mentally, the Austrian has what is needed. Physically, he is in terrific shape to take over when the talented trio who have corralled tennis’ great prizes for the bulk of two decades finally retire. But Thiem also has elements missing from his game. His preferred surface is clay, but he still looks beaten before taking to the Philippe Chatrier court at Roland Garros when he faces Nadal. Of the other surfaces, which could be called his favourite? He has yet to win his Grand Slam and does not have the time that younger men behind him in the queue do.

For Thiem, the worry will be whether he can do it all again and get over the line. Djokovic has no such problem and will aim to improve his record in the French Open where he will be freerolling against Nadal.

One further wrinkle that has been added into the two men’s bubbling rivalry is the not-so-small matter of the ranking of world number one. Nadal had it coming into 2020 but needed to reach the Australian Open semi-finals to preserve that ranking through the first Grand Slam of the year. Ironically, it was Thiem who defeated the Spaniard in that quarter-final, but having lost in the final, Djokovic was able to take that status of world number one all for himself.

At the ATP Cup in January, Djokovic beat Nadal in the final to lift his first trophy of the year, won for his country. The Serbian is a passionate representative of his country, but the sure-fire single-minded determination in the way he has dismantled both Roger Federer in the semi-final and Nadal’s conqueror Thiem in the final display just what a special player he is.

You can watch some of Djokovic’s best shots at the 2020 Australian Open right here:

By winning the Australian Open, Novak Djokovic has carved further footsteps along the path to tennis immortality that 21 Grand Slams would bring him. The manner of his victory, however, has shown everyone just how determined he is to make himself continue in his quest to overtake the two greatest players of tennis history and define himself as the benchmark of greatness. And that is a worrying sign for anyone trying to take him on in 2020.