If there’s one thing that’s perfectly clear about the upcoming Super Bowl LIV, it’s that nothing is perfectly clear. As the San Francisco 49ers and the Kansas City Chiefs prepare to make their trip to Hard Rock Stadium in Miami Gardens for the NFL Championship game on February 2, oddsmakers are watching intensely to see if there are any reasons to change the lines. It appears, from either something tangible or because of that perfect unclarity, that they are conflicted, because the lines have moved from their initial spots. 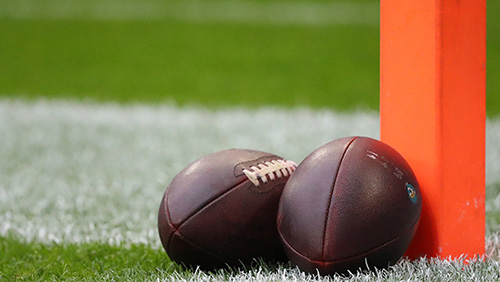 When the odds were first posted, the Chiefs were given the benefit at -1.5; the Niners took +1.5. However, as of yesterday, this has shifted a little and Kansas City now has an advantage of just -1, with San Francisco moving closer by a half-point, as well.

In many cases, lines can change due to the amount of action that’s being seen. Oddsmakers aren’t fortune tellers, and can only establish the initial lines based on statistics, experience and a little bit of gut instinct. However, as they see more wagers placed one way or another, they will adjust the lines to try to balance things out.

The opening moneyline for the Chiefs to win was set at -120 and San Fran was given +100. Now, with more data from which to draw its conclusions, oddsmakers at several sportsbooks have pushed the Chiefs up to -118, with the Niners stretching out to +105. The starting Over/Under sat at 52.5; it has now been bumped to 54.5. Football fans and oddsmakers are beginning to think the game could be more of an offensive contest.

Both teams are historically positive on the Over during the current season. San Fran has seen the total go over in eight of its last 12 games, and Kansas City has had an Over in five of its last six games when going up against an NFC opponent, as well as 13 times in its last 20 Sunday games.

There’s little doubt that this year’s Super Bowl is going to be a tight race – not the blowout that has seen several times in recent years (San Fran annihilated the Denver Broncos in Super Bowl XXIV, 55-10). Both teams’ quarterbacks, Patrick Mahomes and Jimmy Garoppolo, are going to bring their A game and make for some very intense football. The lines could continue to move as the game closes in, and most likely will.