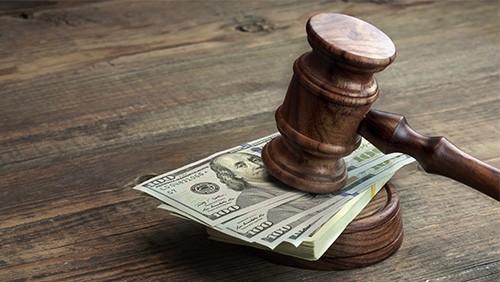 The brass at 500.com may have thought it was just business as usual when it allegedly paid bribes to at least one Japanese politician in the country’s integrated resort (IR) race, but it quickly discovered that the business model was flawed. The China-based gambling company has started to fall apart, dumping its chairman and CEO in the wake of the scandal and continuing to see the gambling world turn its back to the firm. It’s now going to have to answer to a class-action lawsuit in the U.S., where it is listed on the New York Stock Exchange (NYSE).

The law firm of Block & Leviton LLP has filed a lawsuit in U.S. District Court in New Jersey, asserting that 500.com committed securities fraud as a direct result of the bribery scandal. The firm alleges that the company “concealed from investors that its executives were bribing Japanese lawmakers in order to secure development rights for a casino resort project in Japan.” It added that the public acknowledgement by the company of an internal investigation into the reported activity is enough to support the lawsuit’s claims.

Block & Leviton indicates that anyone who purchased or acquired stock in 500.com from April 27, 2018 to December 31, 2019 – the date that 500.com announced its own investigation – is eligible to participate in the lawsuit. Attorney Mark Delaney states, “These allegations of corruption are very serious and our investigation will focus on whether illegal activity occurred which resulted in investor losses.”

If the law firm’s track record holds up, those who join the lawsuit could be looking at some bonus cash when the case wraps up. The company asserts in its press release, “Block & Leviton LLP was recently ranked 4th among securities litigation firms by ISS for recoveries in 2017. The firm represents many of the nation’s largest institutional investors and numerous individual investors in securities litigation throughout the country. Indeed, its lawyers have recovered billions of dollars for its clients.”

500.com continues to try to right the capsized ship and has announced that it is bringing in a law firm out of Hong Kong, King & Wood Mallesons LLP, as its legal advisor. The goal is to have the firm “assist with the internal investigation into the role played by the company’s former external consultants in the alleged illegal money transfers following their arrest by the Tokyo District Public Prosecutors Office.”

The gambling company is dealing with trouble on several fronts now that are going to seriously hamper its efforts in the near-term and, possibly, the long-term. In addition to the unethical bribery charges, it also failed to renew its license in Sweden, and will lose that segment if it isn’t able to find support from Swedish regulators for a late renewal. Given the breadth of the ongoing bribery scandal, that support might be difficult to obtain.

The company’s stock has fallen from $9.45 to $7.96 over the past month as a result of the negative drama.