Okada Manila gets a boost from Union Gaming as revenue increases 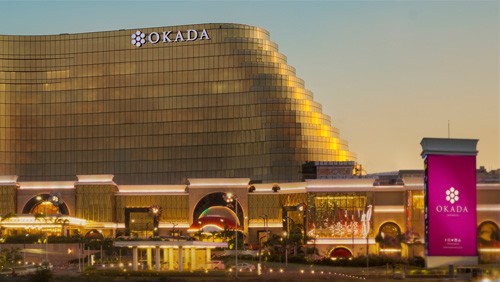 Okada Manila, the casino resort controlled by Universal Entertainment Corp. in the Philippines, saw a nice run toward the end of last year, reporting growth in both November and December. The property stated that its gross gaming revenue (GGR) had increased 29% year-on-year for November, with December proving even better. After seeing how strong things were as the year came to a close, brokerage Union Gaming has become more optimistic about its future, and has just updated its forecast for the venue in 2020.

Okada Manila’s November performance allowed to report GGR of $74.1 million as all segments of its operations showed improvement over the previous year. December kept the wheels turning rapidly, as the casino showed no signs of slowing down. As the year drew to a close, GGR crossed the finish line at $784 million, 46.2% greater than all of 2018. Much of this was attributed to an increase in VIP revenue, which came in 56.9% higher than the previous year, according to a company filing from earlier this week.

Union Gaming analyst, and gaming specialist, John DeCree put out an update after the figures had been released, explaining that things were looking up for the casino this year. He explained, “The strong December results round out an impressive fourth quarter 2019 for Okada Manila’s VIP business, which grew 71 percent (versus our estimate for +42 percent) in spite of two months of unlucky hold in October and November.”

One of the reasons for the improvement at Okada Manila was because of greater traffic. The December visitation was reported as 644,943, which took the year’s total to a little more than six million, substantially more than the 4.8 million reported a year earlier. Better management at the venue played a roll in the increased performance, as well, with DeCree explaining that results in the mass-market segment “were a function of [Okada Manila’s] management pausing room work in Tower B in order to maximise revenue during the peak holiday season.” He concluded, “This is encouraging as it helps prove the hotel room thesis as a revenue driver for the mass segment.”