The first seven poker tells you ever gave away

We all love playing poker, but for some of us, we’ll never hit the heights surveyed by the likes of Bryn Kenney, Justin Bonomo or Daniel Negreanu. That’s OK. Poker is a game for players of all levels, and it really does take all sorts. The best thing about poker players is that all of them had major live tells that they once wore like they were waving a flag. 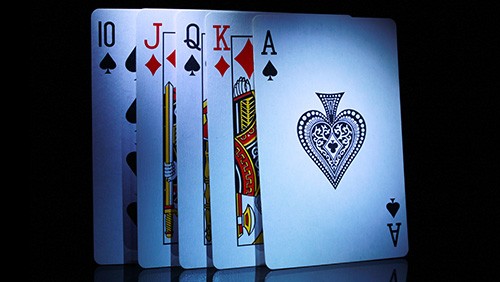 Bonomo once blushed while he bluffed. Negreanu nodded when he picked up aces. Kenney might have clicked his heels with pocket kings. Phil Ivey had a twitch… actually, probably not, Phil Ivey is Superman and probably three-bet bluffed his way into the world.

The reality is that poker tells take smoothing out, and often you need to be told what you’re doing before you notice it. If you recognize any of these as giveaways you display when you take your seat in your local home game or casino tournament, be kind to yourself, admit the tell and learn from your mistakes. Or alternatively, keep doing it and come and play in our home game.

You know how an excited dog will wag its tail and, well, shake a leg quite close to its owner? That’s you in your first game at the poker table. One of the first times I played live poker, it was in a tumbledown public house in the middle of nowhere. Despite knowing the game from practicing at home and watching Late Night Poker, it felt to me like everyone knew how to play other than me. That wasn’t true, of course, but jiggling my leg so hard the table shook was a clear sign I wasn’t in my comfort zone.

Poker players wear shades for a reason. Nothing gives away more tells than your eyes, and every blink, flick to the left when bluffing or re-look at those pocket aces can be picked up on at the table. Overlooking at quality cards is a massive giveaway, however. Get better real quick at registering the cards once and only re-checking them once you can’t affect the action, i.e. you’re heads-up in a pot and the other player is all-in. It’s worth a glance then, but ideally not before.

Too much table-talk can be a dead giveaway. I used to play in another game with a quiet old man. Or rather, a rock who would only start chirruping once he picked up the goods. It made him extraordinarily easy to read, of course, and no-one ever told him, but he wore himself into the habit of only talking when the cards were going his way and couldn’t get out of it. Which was probably why he couldn’t get out of it in the other sense, too.

Fiddling with your chips is a dead cert of a way of communicating knowledge to your opponents. In the case of chips, it can mean different things. Fumbling around with chips when betting, for example, could be a case of that player being nervous about a bluff or very excited about having the nuts. Repeated information is key here. Watch those chips and see their cards at showdown. A pattern will emerge quicker than on the Spirograph picture your 9-year-old niece did at Christmas that now sits on your fridge.

The mouth is a vastly expressive part of your poker face, and in life in general too. They say when a prospective partner is romantically attracted to you that they’ll do something with their mouth. Maybe they’ll bit their lip or draw in their smile into something of a pout. It’s the same with poker, and your mouth can be a dead giveaway. The first time I was dealt pocket aces in that pub in a three-way raised pot, I moved all-in and was astonished to see both players snap-fold. Asking the man next to me why he folded, I was told, “Because you sat forward and licked your lips. I figured you liked your hand!”

The classic live poker tell of looking away to your left as if to feign disinterest to the degree that you’re considering looking for a waiter to come and take your drinks order can be one of the most obvious of ‘casino’ tells. Clue number one: there’s no waiter. Clue number two: you already have a full glass of beer. Clue number three: you haven’t actually folded your neatly-placed hole cards and the action is coming around to you, whereupon you’ll look bored and three-bet to 4.5x the pot. Good one, buddy. Check, please.

7. You gotta see this

It is said that a joke is only such a thing if there is someone to laugh at it, as demonstrated by Manchester United under David Moyes, for example. However, at the poker table, a strong hand can often lead inexperienced players to attract an audience by any number of means, so that others see their moment in the sun. Just flopped trip sevens against two players with premium hands? Anything from calling over friends to engaging in conversation with others at the table to make sure no-one misses the reveal are huge signs that you want the world to see you just flopped a monster.

Resist these classic live tells and we’ll be impressed, but don’t think you’re playing with us. Go and hustle the live tournament circuit and get back to us when you’ve won a major title. Seriously, we can’t wait to hear how you did it. Now, where’s that waiter?