Australia beat Britain in ATP Cup thriller down under

Great Britain were beaten by Australia in the ATP Cup quarter-finals after one of the greatest knockout doubles tennis matches in recent years in Melbourne.

With the crucial quarter-final pitching the ‘pommies’ against the hosts, the best of three clash kicked off with two singles matches. The first saw Kyrgios completely dominate Cameron Norrie as the hot-head turned charity drive hero won 6-2, 6-2 with barely a breaking of breath, winning in just 72 minutes. 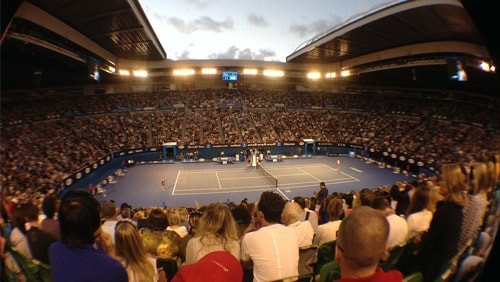 The second game, however, was a complete contrast, as Dan Evans took Alex De Minaur to three thrilling sets as he triumphed over the higher-ranked player. Evans, who had already beaten the world number 11 David Goffin that set Britain on their way to a victory over Belgium in the Group Stage, was in fine form again, winning  7-6 (7-4), 4-6, 7-6 (7-2), two tie-breaks the crucial sets that gave Britain the leveler.

It took three and a half hours, but Evans did it in the end, feeding off the partisan Australian crowd to rise above the cheers for De Minaur.

To a decider, then, and a doubles match that would give Great Britain a chance to put the agonizing Davis Cup semi-final defeat back at the tail-end of 2019 firmly into long term memory.

The big choice to be made was who would make up the teams. Britain went with the established pair of Jamie Murray and Joe Salisbury, but Australian team captain Lleyton Hewitt decided to change it up, going with Kyrgios and De Minaur, despite the latter having just finished the longest match of the championship.

It turned out to be a classic doubles encounter, and in the first set, the more refreshed British pair looked to be heading for victory, winning 6-3 after getting the better of the less-experienced doubles players. But if Britain thought they had the victory in the bag, they were quite wrong. The second set was a complete reversal, with Kyrgios and De Minaur taking it by the same score as they had lost the opening set.

The final set was a pulsating one, ending 18-16 to the hosts, after multiple match points were defended to the death by both pairs. Jamie Murray in particular had a golden opportunity to seal the win, a backhand volley at the net that will haunt him for some time, his shot echoing past the baseline and landing outside the open court to gasps from the Melbourne crowd and Murray himself holding his head in his hands.

Kyrgios and De Minaur sensed the momentum shift, and so it would prove as a few rallies later, Joe Salisbury’s wayward backhand ended the contest, giving the Australian duo victory on what was their fifth match point.

With Kyrgios and De Minaur embracing, the British team, in particular Murray and Sailsbury were left crushed by defeat, the feeling reminiscent of their semi-final stumble against Spain in the Davis Cup semi-final. Instead of retribution, Britain missed out and it will be Australia who instead face either Spain or Belgium in the ATP Cup Semi-Finals on Saturday.

Rafael Nadal vs. Nick Kyrgios to decide it all? Just point us at the screen and bring us a defibrillator. It’s going to be heart-stopping stuff.

You can watch all the highlights from Australia and Britain’s ATP Cup quarter-final right here: