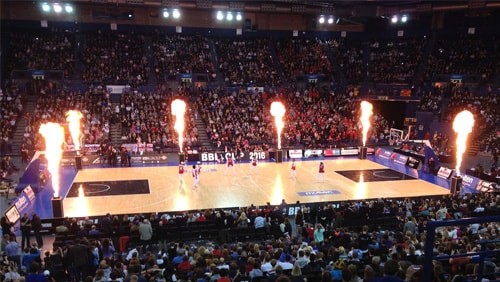 A college basketball player with the Louisville Cardinals has become the target of a gambler’s ire after his team lost last month against rival Kentucky Wildcats. Jordan Nwora, an All-American player and the lead scorer for the Cardinals, had an unusual off-night and didn’t put up

the numbers he was expected to show, single-handedly causing – in the mind of the gambler – the team’s loss. As a result, Nwora reports that he has received death threats for the loss of the game and the gambler’s money. While threatening violence and murder over the loss of a game is bad enough, the fact that the wager was apparently only for $15 makes one wonder what’s going on inside the head of the gambler.

Nwora went just 2-for-10 on the court December 28 in the 78-70 overtime loss against the Wildcats. He was off his game all night, also shooting just 3-for-6 on free throws when he normally rates higher than 80%. Every athlete, at some point, has a bad day, and the post-Christmas game was it for the 6’8” forward.

To show that he still has the right stuff, Nwora was back on top this month when he scored 32 points against Florida State and another 19 points this past Tuesday against Florida. The latter game helped the Cardinals come back from a two-game losing streak and, after the contest, Nwora sat down in front of reporters to discuss his performance recently.

It was then that he made the revelation that he had received a death threat over his performance against the Wildcats. He explained to the crowd, “I had somebody message me and say they wanted to kill me over a $15 bet. It’s a $15 bet! If that’s what you’re worried about, I think you have more issues than worrying about me.” That’s a sentiment shared by virtually every sane person.

Those individuals who believe sports gambling on college games will use this to try to boost their argument, asserting that it puts too much unnecessary stress and anxiety on the players. However, college athletes aren’t the only ones targeted by gamblers when they lose. In May of last year, a sports gambling fan out of California, Addison Choi, took out his frustrations of constantly losing wagers on both college and pro athletes, turning to social media to threaten them. He was found guilty of “transmitting in interstate and foreign commerce a threat” and sentenced to jail, as well as ordered to pay a $250,000 fine.