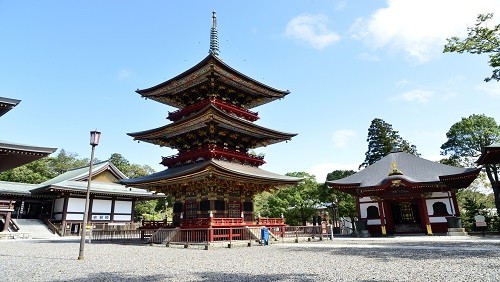 With the Japanese Casino Commission just days away from holding their first session to issue new licenses, one city has opted to no longer seek to receive one of these licenses. According to Chiba Mayor Toshito Kumagai, the city has decided that would no longer apply to host a resort-casino.

The mayor recently issued a statement regarding opening an integrated resort (IR) in the city. He explained that there is not enough time to prepare a proper IR bid for the city, especially in light of a recent typhoon, which the city has not recuperated from.

In his statement, Mayor Kumagai explained, “Campaigning to host an IR would take a lot of energy at a time when we need to place our top priority on post-disaster reconstruction and restoration.”

He did make it clear that an ongoing investigation into bribery involving several lawmakers had nothing to do with the decision. This investigation includes a former state minister who was in charge of the Japanese government’s resort-casino policy.

Chiba city had eight firms involved in their request-for-information (RFI) process that began in October. They were examining the possibility of creating an IR that could be submitted as a proposal, but the effects of the 2019 typhoon made it unlikely that the resort would be able to open on time. This made backing away from the entry the only real option.

This comes as the first meeting of the casino management commission is scheduled to occur on Friday, January 10. The body formally was seated on Tuesday, meeting the timetable that was previously established.

The government is pressing ahead with the plans to open as many as three new integrated resort-casinos in Japan, according to Yoshihide Suga, Japan’s Chief Cabinet Secretary. This comes on the heels of a bribery scandal which has engrossed lawmaker Tsukasa Akimoto in the scandal.

There have been allegations that at least five lawmakers may have taken money to lobby for specific areas. Two of the members of the House of Representatives have denied any involvement or wrongdoing, while one has admitted to taking money that was not properly declared.

Despite these allegations, the commission is moving forward hoping to have made a selection sometime in 2021.