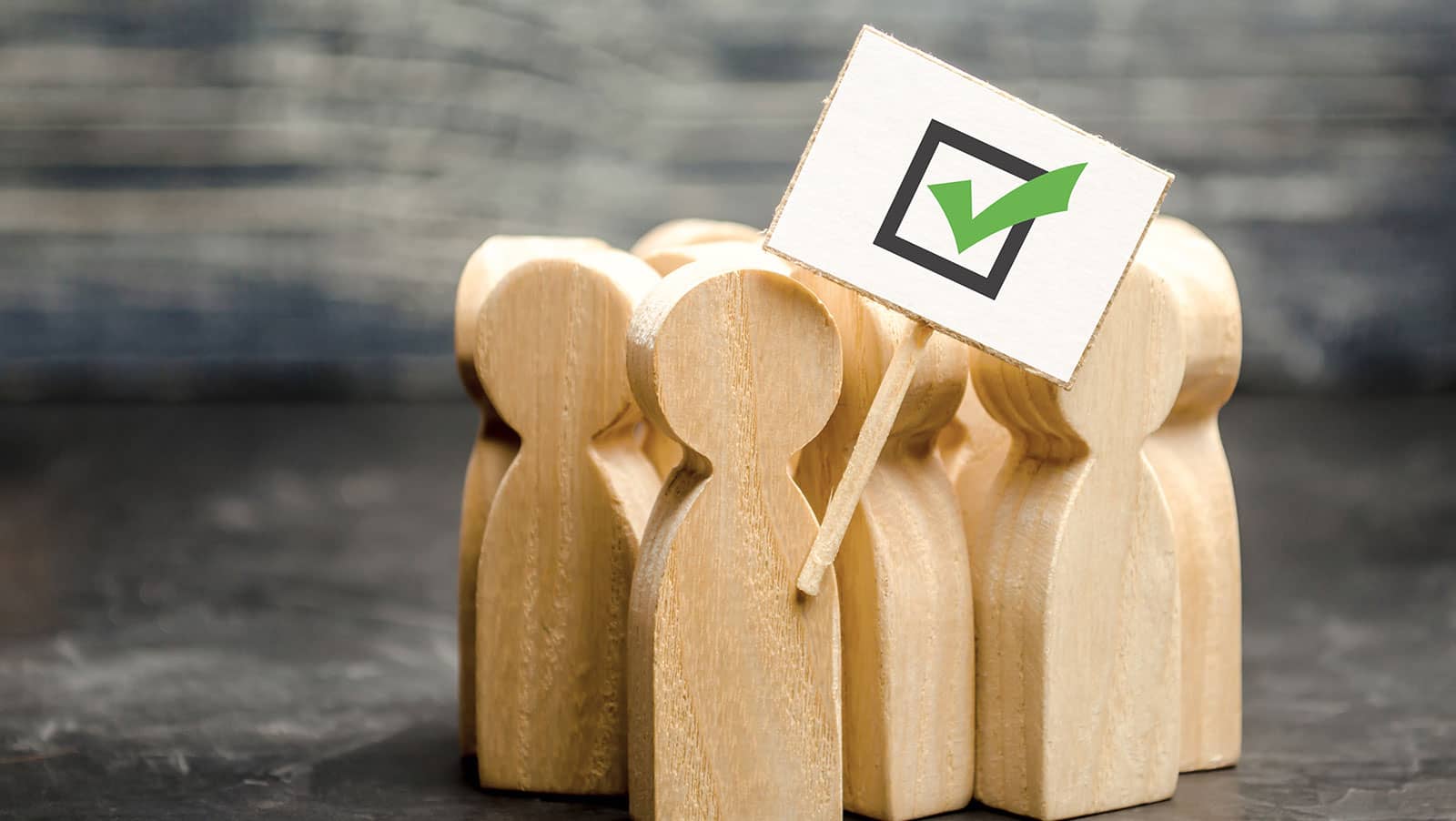 We made it. 2019 is finally over. Maybe. After all of the excitement, repetition, rioting, elections, rioting, elections, and record-breaking tsunamis of mutually respectful political discourse, it’s time to breathe a sigh of *cough*. Anyway, we can all expect a much calmer, peaceful, serene 2020 filled with nongenderly love and good will towards nongender, provided we either drop dead or take enough drugs to keep us in a persistent psychotic break with reality over the next 12 months.

Disclaimer: We make no assurance whatsoever that what we have all experienced as 2019 wasn’t in itself a species-wide psychotic break with reality to begin with.

We can begin our 2019 retelling with the story of Super Bowl LIII, defined as “being three more than 50.” LIII was the first Super Bowl where people could actually place bets without being arrested. Except for all the other Super Bowls where people placed bets without being arrested.  In a possibly related matter, 95% of all bets on the game were placed illegally anyway, for a spectacular improvement of infinite percent in terms of respect for U.S. sports betting law.

The main practical difference for bookmakers was that this time, bookies were able to lose money to bettors without having all their losses viciously confiscated by the Gaming Control Board, the government agency in charge of drinking coffee, watching porn on the taxpayer’s dime, and controlling board games. According to the New Jersey DGE, which stands for I don’t know exactly because I’m too lazy to Google it but probably something about gaming, figures showed that fans won $39,469,147 out of $34,894,900 wagered. Ecstatic about the newfound freedom to legally lose money, a spokesperson for the New Jersey Sports Betting Association of Associates Who Bet On Sports In New Jersey stated, “I guess we didn’t know exactly what we were doing so much.”

Moving on to April, riots broke out in Hong Kong when Chinese President Xi Jinping, who knows a thing or two about a thing or two, decided that Hong Kongers who say a thing or two about China should be extradited and tried by fair and impartial Chinese Communist Party courts. These courts know a thing or two about doing exactly what Xi Jinping says or else having their organs harvested and sold to Henry Kissinger, the first Secretary of State to meet Mao, and who continues to survive despite having the body, literally, of a 96-year-old sumo wrestler, thanks to a steady diet of replacement organs.

In response to the riots, General Manager of the Houston Rockets, Daryl Morey, tweeted out a message of support to the Hong Kong protesters. NBA commissioner Adam Silver, who had previously pulled the NBA All Star Game out of Charlotte for discriminating against transgendered people for not allowing men to use the women’s bathroom, told Morey to stop tweeting about a bunch of Hong Kongers fighting for their freedom and just shut up already.

Also in April, new regulations mandating a £2 maximum spin on fixed odds betting terminals (FOBTs) went into effect, ending the phenomenon of problem gamblers in Britain instantly, except for those ingenious enough to skirt the regulations by writing down their bets on a piece of paper instead of on the machine itself, which qualifies as an “over the counter” bet rather than a “spin”. The politicians, who have never before been circumvented like this in the history of primate evolution, should have thought of this, but they were busy meditating or something at the time.

In June, Eldorado, flying high on its enormous successes in regional gaming in the U.S., decided during a game of Truth or Dare with Carl Icahn that it would rather buy Caesars than spend seven minutes in heaven with Sheldon Adelson. Caesars was flabbergasted, being saddled with nearly $50 billion in total debts and financing obligations despite exiting a previous bankruptcy that was precipitated by the last poor zhlub who also bought Caesars after a botched game of Truth or Dare. Eldorado’s reasoning behind the move can be summarized as a carefully considered strategic acquisition based on the thinking that what the hell and I’m not going in that closet with that guy.

Fast forward to July, when the world’s most prolific, talented, and renowned hedge fund billionaire child sex abuser Jeffrey Epstein was arrested for sexually abusing children over the course of a skrillion years to the surprise of nobody because everybody already had already known about this forever. They just didn’t think anything would ever come of it because Epstein did business with Alan Dershowitz, Bill Clinton, Andrew “The Monarch Formerly Known as Prince” Windsor, Ehud Barak, and other famous people who enjoy sex, among other things. For the first time since before Vietnam, Americans had a ray of hope that the deep dark twisted secrets of the elite would be laid bare for all to see when Epstein finally testified in court about all the powerful men who claimed they had no idea what was going on at his private sex island that they flew to in his private jet like 47 times and were just there to do laundry.

In his defense, the Monarch Formerly Known As Prince noted during an interview with the BBC that he could not have had sex with his particular Epstein-supplied accuser because she said he was really sweaty, and he couldn’t sweat at the time because of something about the Falklands or whatever. He then wiped his brow with his royal handkerchief. When asked why he stayed with Epstein even after knowing he was a sex offender, he said, and I am not making this up, that he was “too honorable.”

Anyway, with Epstein safely and securely put away, the federal government, not at all run by criminal pedophile sex nuts, got all its very best men together to make absolutely sure Epstein was safe in prison under 24-hour surveillance and a strict suicide watch, and would definitely not kill himself or be otherwise harmed in any way so Americans and the world could finally learn the truth about this sordid case involving greasy Heads of State and other extremely powerful men. Then, to the shock and dismay of pretty much nobody except all the people high up in the state apparatus charged with keeping him safe and professing “shock and dismay”, the surveillance cameras malfunctioned and the guards assigned to rounds every 15 minutes all went to the bathroom at the same time and Epstein killed himself in prison by hanging, somehow breaking his neck in the process.

Two months later, a banana was duct-taped to a wall in an art gallery in Epstein’s home town of Miami and somebody bought it for $120,000. But then somebody else ate the banana and then another guy, apparently unaware that Epstein killed himself, wrote on said wall that Epstein didn’t kill himself.

Over in the United Kingdom, Boris Johnson became the second person with a perpetually bad hair day to be elected leader of a world power without actually winning the vote. The Brexit deal negotiated by Theresa May and which the European Union vowed never, under any circumstances whatsoever, to reopen again, was quickly reopened and renegotiated. The deal was subsequently scuttled by the opposition in Parliament though, so Johnson, who said he would rather be dead in a ditch than delay Brexit, delayed Brexit, went to elections, and then proceeded to destroy the opposition in the most lopsided landslide victory for the Tories since World War II.

In October, Paddy Power Betfair Fanduel Draft acquired Amaya Full Tilt Pokerstars Skybet  to create “Flutter” in an attempt to achieve the economies of scale needed to continue operating in the face of higher and higher taxes and more restrictive regulations, like having to write down bets higher than £2 on pieces of paper instead of push buttons on a machine. According to people who still write things on pieces of paper, the manual writing process can be very exhausting, thus a megamerger was needed.

In December, the now notorious Afghanistan Papers were released by the Washington Post after years of trying to gain access to them via the Freedom of Information Act. The papers, consisting of interviews with generals on the ground in Afghanistan since the beginning of the war, revealed how the U.S. had basically no idea what it was doing whatsoever, didn’t know where the bad guys were, and just basically bombed things and shot people with absolutely no clear objectives at all for the low low price of $1 trillion. Faced with the prospect of trying to figure out why a trillion dollars was wasted and thousands of lives thrown away in a nearly 20-year useless war, the Democrats in Congress decided to spend their time more effectively by impeaching Donald Trump for asking Ukrainian president Vlodymyr  Zelensky to figure out why Hunter Biden, son of former Vice President Joe Biden, landed a $50,000 a month job at a Ukrainian gas company after getting kicked out of the Navy for doing cocaine, and if it had anything to do with Uncle Joe being Vice President at the time.

Except, fearful that the Republicans in the Senate would actually call Hunter Biden to the witness stand to detail exactly why Joe Biden is his father and how he landed a $50,000 a month job at a Ukrainian gas company after getting kicked out of the Navy for doing cocaine, America’s GILF, Speaker of the House Nancy Pelosi, declined to actually send the Articles of Impeachment over to the Senate. Meanwhile, the war in Afghanistan continues, having been such a success so far. Why stop now?

Well, 2020 is on its way, and it’s going to be completely normal. That much we can say with utter certainty. In the meantime, as they say on Broadway, everybody raise a glass to the Speaker of the House. And DGE stands for Division of Gaming Enforcement. I just googled that.