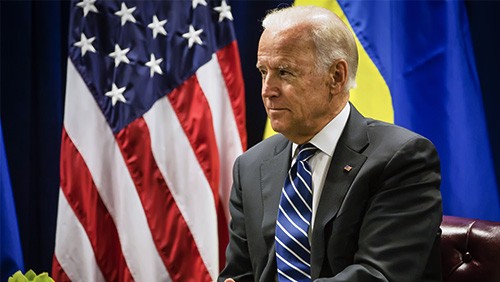 Despite any hard evidence to support the theory, many people in the U.S. believe the U.S. Department of Justice (DOJ) decided to extend the scope of the Federal Wire Act to cover all forms of

online gambling – not just sports gambling – due to some outside influence. The legislation was put into place to deter criminal activity and money laundering potentially associated with sports wagers, but that was in 1961. It wasn’t until this year that the DOJ suddenly decided that it should cover all forms of online gambling, ironically reversing its position soon after the U.S. Supreme Court nixed PASPA, the Professional and Amateur Sports Protection Act of 1992.

Since then, the Wire Act has been the center of a heated, contentious debate. Fortunately, the DOJ hasn’t been able to pull the wool over everyone’s eyes, and one Democratic candidate hoping to pick up the nomination to run for President of the U.S. (POTUS) next year believes the DOJ’s current position on the legislation is wrong. If elected POTUS, Joe Biden could help bring about big changes and put the department in its place.

The former Vice President was speaking to union workers in Las Vegas last week and took a few minutes to address the subject of the Wire Act. His campaign also provided a written statement to CDC Gaming Reports reiterating his position, stating that he “doesn’t support adding unnecessary restrictions to the gaming industry like the Trump Administration has done.”

For decades, the DOJ was silent on the Wire Act, except for poker’s Black Friday in 2011. Even then, it didn’t lay into any online gambling, and nothing further was said on the subject. Biden wants the DOJ to live by the interpretation it put forward of the act that year, which kept the limitations on sports gambling in place, but also acknowledged that states should be able to legalize and regulate their own online gambling markets. The potential POTUS candidate added that he “believes states and federal authorities should cooperate to ensure that gambling is safe, fair, and corruption-free.”

Several states have already sued the DOJ over its most recent interpretation, arguing that the department has no basis for changing its stance. The newly revised definition of what the Wire Act covers would, in theory, extend even to multi-state lotteries, which have been operating under the DOJ’s nose for years without repercussions. That realization alone is enough to make people wonder where the sudden change of position originated.

A federal court has already ruled that the DOJ’s new position stinks and denied the revised scope. However, the DOJ is fighting the aforementioned lawsuits and the judge’s opinion in hopes of finding some support somewhere, or anywhere. With a new administration hoping to take over the U.S. political scene, the DOJ will continue to throw whatever it can against the wall to see what sticks. Chances are, not much will.