On December 17, the Genting Group announced that they had appointed Bob DeSalvio as their new president of Genting New York State. In his new position, DeSalvio will oversee the operations of Genting’s two casinos that are located in New York, Resorts World Catskills and Resorts World Casino New York City. 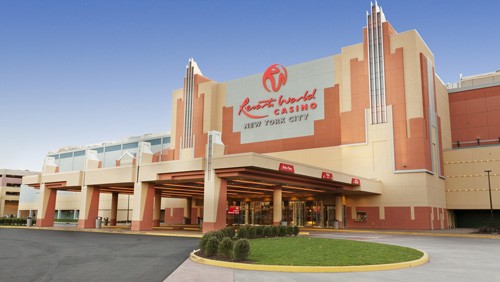 DeSalvio comes with a wealth of experience in the gaming industry. He most recently served as the president of Encore Boston Harbor. There he led the development, design, staffing, and opening of the largest development project in the history of Massachusetts, a project that cost a total of $2.6 billion. This project opened last June.

Previous to his time at Encore, DeSalvio served eight years as the president of Sands Casino Resort Bethlehem. He joined the Las Vegas Sands Corporation in 2006 when Pennsylvania issued a license for the property design and construction that he led, an $840 million project. That casino was sold earlier this year for an impressive $1.3 billion.

In a statement by DeSalvio, he stated how thrilled he was to be appointed to his new position. “It’s an honor to join Genting, which has proven, with the success of Resorts World Casino New York City, that gaming in New York is full of untapped potential, and I am excited to be on the frontlines of the action.”

Officials at Genting are equally as enamored with the appointment. In a statement by Tan Sri KT Lim, he explained, “Bob DeSalvio has a proven track record creating and implementing successful marketing and growth strategies in the gaming and hospitality industries. Bob’s operational expertise combined with his unique ability to recognize industry trends and adapt to fast-evolving consumer demands will help accelerate growth at Resorts World Catskills and Resorts World Casino New York City.”

To help make the transition process both, Ryan Eller will continue to assist as the interim president during the transition period. Eller has also served as the chief executive of Empire Resorts. In addition, Edward Farrell will stay in his position as president of Genting Americas Inc, and is tasked to assist DeSalvio with the integration of Resorts World Catskills into Genting’s operations.

This will help to steady Genting, who are about to open the Resorts World Las Vegas megacomplex in 2021. This $4.3 billion project will be the most expensive development in the history of Las Vegas, and the company likely wants to ensure that their focus is on this opening without issues arising in other locations.