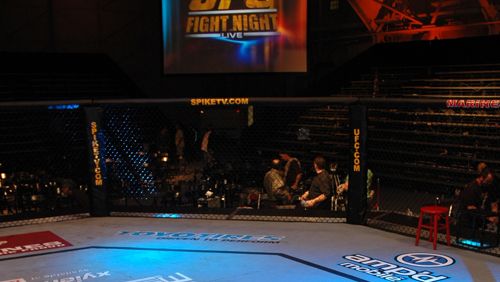 Live American sporting events generally take place between noon and 10:30 p.m. ET, at least via start times. It’s not too often that U.S. bettors can wager on something with an American interest in the middle of the night or very early morning Eastern time unless it’s an international event like the Presidents Cup (last week), World Cup, Olympics, Australian Open, etc.

Which brings us to the UFC Fight Night card this Saturday as the organization visits Busan in South Korea with a main event that will begin at 5 a.m. ET from Sajik Arena. The card is headlined by a featherweight bout between Frankie Edgar and Chan Sung Jung, better known as “the Korean Zombie.” It’s the first-ever UFC card in Busan but second in South Korea.

Edgar and Sung Jang were supposed to fight in November 2018 at a UFC Fight Night event in Denver, but Edgar had to withdraw due to injury. Sung Jung originally was to fight Brian Ortega on this card, but Ortega withdrew earlier this month with a knee injury.

That brought Edgar (23-7), a former UFC lightweight champion, back into the picture. The 38-year-old American is a legend in the Octagon who won the lightweight belt in 2010 with a victory over another legend, BJ Penn. Edgar defended the title three times (one ended in a draw) before losing back-to-back title bouts to Benson Henderson.

Edgar got tired of fighting guys much bigger than him and then dropped to featherweight, only to lose a title bout there in his debut against Jose Aldo. Edgar got another championship shot at Aldo in July 2016 and lost that too. The UFC gave “the Answer” yet one more title chance back in July and he was beaten by Max Holloway by unanimous decision. The five title fight losses are one shy of the UFC record held by Randy Couture.

This reportedly will be Edgar’s last fight at featherweight – he’s ranked fifth in the division – as he plans to drop down to bantamweight (135 pounds) and already has a fight scheduled in late January against Cory Sandhagen. Whether Edgar actually makes that fight will depend on how he comes out of this one. Edgar is a +160 underdog on the betting lines.

The 32-year-old Sung Jung (15-5) is from South Korea and ranked seventh in the featherweight division. He has split his past four fights but also had a nearly four-year absence from the Octagon from 2013-17 because of required military service. Sung Jung comes off a first-round TKO (punches) victory over Renato Carneiro in June. He is a -200 favorite for Saturday.