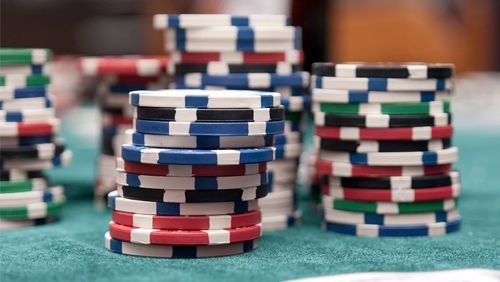 The final leg of the Moneymaker’s Road to PSPC tour was always going to throw in a surprise. Some other stops on the tour, including Dublin, London, Newcastle and Milton Keynes, saw local names some fans had never heard of before win through to the PSPC finale in Barcelona. But the Florida stop saw a wealthy professional take the golden ticket.

Taking place at the Seminole Coconut Creek and Hard Rock Hollywood venues, two Day 1’s combined to reduce the field to 48 players by the time Day 2 began. At that point, there were plenty of well-known players shooting for the top prize, and they included former World Series of Poker bracelet winner Jackie Scott and former WSOP Main Event winner and the man behind the name of the tour itself, Chris Moneymaker.

PokerStars Ambassador Moneymaker would bust out before the big money and final table, departing in 32nd place for $765, but with just nine players remaining, Mark Cannon would be the first player to leave the final table.

Cannon’s shove with ace-eight was called by Zoltan Czinkota who had ace-jack and held to reduce the field to eight. That field was cut again by the eventual winner Baumstein when Daniel Socorro called Baumstein’s small blind shove with queen-four off-suit holding king-jack Socorro was ahead, but a four on the river ruined his tournament chances and further propelled Baumstein into an even bigger lead.

With the departure of Edgardo Rosario in 7th place to a bad beat, the table was down to six hopefuls, Rosario’s ace-three well ahead pre-flop of Matt Suarez’s ace-deuce… until two more ducks on the flop sent him down the river in the next hand.

When Jorge Gomez tried his luck with jack-three from the button, Czinkota woke up with ace-ten in the small blind and called to improve his own chances of laddering, and Fred White lost a coinflip with pocket threes to Baumstein’s ace-ten.

That saw the final four players reached, and four-way deal gave Baumstein the opportunity to travel to Barcelona in 2020 and improve his own best-ever live result – the $1.65 million he has already won by coming 4th in the 2019 PSPC in January of this year at the Atlantis Resort in The Bahamas.

Scott Baumstein will undoubtedly be one of the best players to win his ticket through to the Barcelona finals of the Platinum Pass spectacular, and will have a great shot at improving his satellite entry into a lot more in the Catalan capital.

*after a four-way deal was agreed