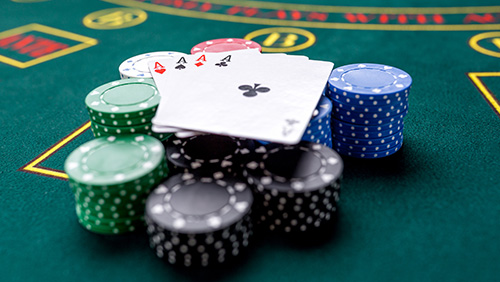 When PokerStars chose a player to go on the road and welcome players of all levels to the felt, they could only really go with one guy.

Chris Moneymaker isn’t just a man, or a player, he’s a movement. When he won the World Series of Poker Main Event in 2003 from a satellite that cost as little as $40 and as much as $100 – the story has changed over the years, like all good legends – Moneymaker gave birth to his own effect.

That effect? The poker boom of online-to-live satellites and online poker in general. The Moneymaker Effect.

With PokerStars looking to claw back the street cred that made them the recreational player’s choice before takeover, rakeovers and makeovers saw them experience a great deal of mixed player feedback, the next step is bringing more players to the PSPC in Barcelona.

Moneymaker himself is hugely passionate about going back to the grass roots and inspiring a new generation of players to get involved, especially in qualifying for the PSPC.

“The Moneymaker Road to PSPC gives players the opportunity to win big and have a great time without traveling too far from home,” Moneymaker told the PokerStars Blog. “I can’t wait to get back out there. Playing poker and hanging out with people who love the game is memorable enough, then add in the Platinum Pass and opportunity to potentially change someone’s life… it’s going to be awesome!”

Clearly, Moneymaker is a fan of the tour in general, and his table play and talk over the years has been as much an inspiration to players as anything. Everyone wants to take on the champ, and Moneymaker will always be one.

With the winner at each stop getting a PSPC Platinum Pass worth over $20,000 too, there really is everything to play for at the stunning setting of the London Hippodrome, where so many of PokerStars’ recent smaller buy-in tournaments have been.

Chris Moneymaker will be back on the road right after his trip to the English capital, as he heads North-East then back South to Milton Keynes, before flying to Ireland and the U.S., where the final stop is at the rather controversial setting of the Stones Gambling Hall, scene of the recent Mike Postle scandal.