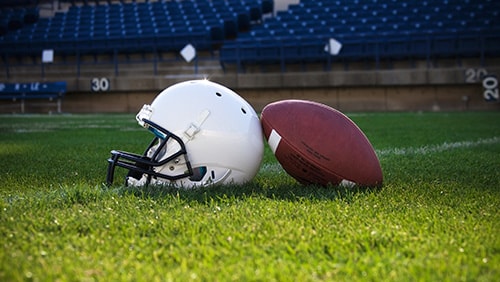 The vast majority of Dallas Cowboys fans want head coach Jason Garrett fired right now. The Cowboys have one of the most talented rosters in the NFL without question yet sit at 6-7 and have lost three straight games and four of five. They were embarrassed at home on Thanksgiving by the Buffalo Bills and again last Thursday at the Chicago Bears.

After the Bears loss, owner Jerry Jones re-confirmed he wasn’t going to fire Garrett during the season, but it’s fait accompli that he’s a goner once it’s over – barring a run to the Super Bowl. Dallas is still tied for first in the incredibly weak NFC East with the Philadelphia Eagles. The Cowboys host the Los Angeles Rams on Sunday in a rematch of a Divisional Round playoff game from last season. The Rams won that 30-22 in Los Angeles. This time, the Rams are -2. They have covered seven of their past eight on the road.

Philadelphia visits the Washington Redskins on Sunday as the Eagles go for the season sweep of their NFC East rivals. Philly won 32-27 at home in Week 1, rallying from a 17-0 second-quarter deficit and 20-7 halftime hole. Washington wouldn’t score again until six seconds were left in the game. It’s a short week for the Eagles after rallying to beat the New York Giants on Monday, and Philadelphia needs to avoid looking ahead to a huge Week 16 home showdown with Dallas. The Eagles are -4.5 and have won the past five in this series by an average of 13.4 points.

Very important game in the AFC South as the Houston Texans visit the Tennessee Titans with the clubs tied for first at 8-5. The teams play again Week 17 in Houston. The Texans are defending South champs, while the Titans haven’t won it since 2008. Tennessee is -3 but has failed to cover 12 of the past 16 in the series.