Home / Casino / Analysts like Century Casinos, so do investors 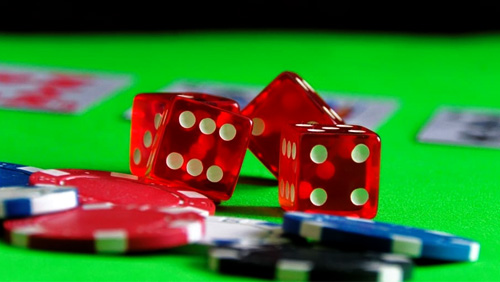 Colorado-based Century Casinos has been doing some shopping lately, buying casinos in West Virginia and Missouri and possibly considering other potential targets. The enlarged footprint didn’t have any immediate payoff, as the casino operator reported a weak performance in the third quarter.

Most likely, as industry analysts pointed out, this was just a temporary hiccup since the latest properties were only just getting going under their new ownership. That sentiment has now been reinforced as analysts have weighed in and see an extremely bright future for the company.

Chad Benyon of Macquarie initiated covered of Century, which is traded on NASDAQ under the ticker symbol CNTY, and immediately jumped in with optimism. He asserts that the company’s stock deserves a rating of “Outperform” and put a price target of $11 on the stock – an upside of 25% over its latest trading price (it closed yesterday at $8.58 after opening at $8.68).

The recent purchases, which came through a deal with Eldorado Resorts International, are the main catalyst for the optimism. Benyon explains, “Over the last ten years, CNTY doubled the company’s earnings before interest, taxes, depreciation, amortization, and restructuring or rent costs (EBITDAR) (EBITDAR) in 2015 and will again in 2020, in our view. This is, in part, due to the $107m acquisition of three mature Eldorado Resorts properties.”

Century currently has a capitalization hovering right around $241 million, allowing it to center in the micro-cap region. While this region is always notable for representing stocks that have potential growth expectations, Century stands out among the rest in the group, with Benyon stating, “CNTY currently trades at 6.3x/5.6x our 2020/21E EBITDA compared to peers trading at 8.6x /7.9x and <$500M market cap companies at ~7.5x. Given every 0.5x turn in EBITDA = ~$1.30 of equity, or ~10%, a stock re-rate closer to market multiples could provide for major upside.”

His views are reflected in those of investors, who have helped drive the company’s stock up almost 13% this month. Its most recent low point came in the middle of October when it hit $7.06, but it has steadily increased since then. It’s doubtful, however, that it will be able to reach its 52-week high of $10.41 before the end of the year.

That isn’t to say Century can’t break that high. It will most likely do it, but just not within the next month or two. As the newly-added properties continue to grow, and as Century continues to cut costs, it will increase its margins substantially. Ultimately, the new properties have the potential to increase the company’s free cash flow by around $0.21 a share, which is going to be a huge bonus for shareholders.