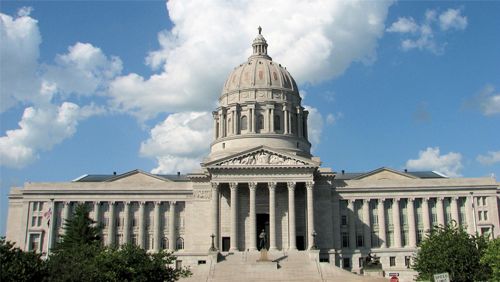 Nineteen states, and the District of Columbia (D.C.), have either launched legal sports gambling or are in the process of rolling out the activity. Out of all of those jurisdictions, despite efforts on the part of sports leagues, not one has agreed that pro sports deserve the integrity fee the leagues have said they need to keep games honest. Missouri appears to be the exception and lawmakers in the Show-Me State are hearing the ridiculous cries of “show me the money.”

Missouri lawmakers are looking at two different sports gambling bills, both of which have been pre-filed ahead of the upcoming 2020 legislative session. Both include language that would give the leagues a piece of each bet placed, a move that all other states have already realized is misguided and unfounded.

Senate Bill 567 (SB 567) was put together by Senator Denny Hoskins and gives authorization to the state’s riverboat casinos to apply for a license to operate a sportsbook. Each license would cost $25,000 and the 14 properties would also be able to team up with an online sportsbook for another $25,000. Gross gaming revenue (GGR) would be taxed at 9%, and $0.25 of every $100 spent on sports wagers would go to the respective league.

Senate Bill 754 (SB 754) is the brainchild of Senator Tony Luetkemeyer and would also give the riverboats a chance to apply for a sports gambling license. However, the retail license and the online operations license would only set the properties back $10,000 each, not $25,000 like with SB 567. The state would take a 6.25% cut of the GGR by way of taxes and, while the operators may like the initial specifications of the bill, the fact that SB 754 wants to give leagues a royalty of 0.75% might sour their enthusiasm.

The integrity fee, royalty, revenue sharing or whatever the leagues want to call it has already been shown to be a losing proposition for the sports gambling industry as a whole. A report produced by Oxford Economics for the American Gaming Association last year showed that, “The League Fee increases the effective tax rate by 16.7 percentage points, assuming a constant hold rate. For example, a state tax of 16 percent of gaming revenue, plus a 0.25 percent federal handle tax, is equivalent to an effective tax on gaming revenue of 20.2 percent. When the League Fee is added, the effective tax rate increases substantially to 36.8 percent.”

Curiously, the integrity fee language in the bill may not be driven by the pro teams that are located in the state. The Kansas City Chiefs of the NFL, the Kansas City Royals and the St. Louis Cardinals of MLB and the St. Louis Blues of the NHL all call Missouri home and were supportive of the integrity fee when the US Supreme Court reversed PASPA in May of last year. However, they have since backed down and are no longer fighting for a piece of the action.

This begs the question, if the leagues aren’t pushing for it and every other state has already denied it, why would Missouri lawmakers be looking to have the royalty included in the legislation?