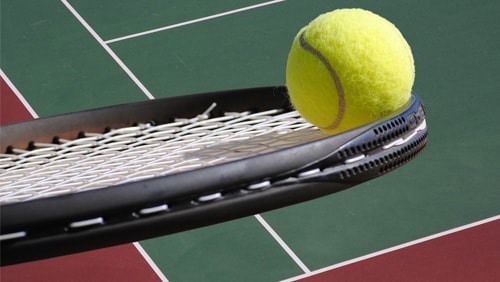 In this eight-part series, we’ll assess each player in the top eight and what they can achieve in 2020. We’ll look at how their positions are under threat and what they can do to attain their goals in the season to come. It’s never easy to look forward, but with our 2020 vision, you’ll have the benefit of hindsight when you’re talking tennis during the next 12 months.

We continue our series with a look at Dominic Thiem, whose improvement in 2019 has seen him push the best in the game so close for titles that he is frequently discussed in the same bracket as Djokovic, Nadal and Federer. While it’s not yet fair to say that the four men should be seen as equal, could 2020 be the year that Thiem finally takes home a Grand Slam trophy?

The hard-hitting baseliner is determined to make the next year his year and has been close to glory half a dozen times in his career. Can he break through to win the Australian, French or U.S. Open? Could the awesome Austrian win Wimbledon?

His record in 2019 was excellent, and during a single point, he was devastating:

With powerful baseline forehands and graceful, single-hand backhands from anywhere on the court, Thiem can beat anyone on his day, and is never far away from the biggest titles. At the age of 26, Thiem has already won 16 ATP titles, and reached 24 finals. He has, however, never won a Grand Slam.

Thiem has everything in his game to move to the next level, but at the age of 26, is he caught between two stalls? The Austrian is neither so young that he will have the physical advantage over the field or experienced enough to be able to win matches without breaking sweat. Thiem may well fill the best of both worlds, a terrific physique and enough experience to know what to do with it. It’s likely that the 2020 tennis season will tell us which of those players he is.

Thiem has only ever reached the 4th Round at the Australian Open and has an identical record in terms of reaching that stage at Wimbledon but has reached the quarter-final of the U.S. Open (in 2018) and has starred at the French Open.

At Roland Garros, Thiem twice reached the 2nd Round in 2014 and 2015 before made the semi-final stage in the following two seasons. In 2017 and 2018, Thiem made the final, but on both occasions, he was soundly beaten by Rafael Nadal and although Roland Garros themselves have called Thiem the “heir to the throne”, the questions begs asking just how long the heir incumbent will have to wait before truly challenging the 33-year-old Majorcan.

Thiem’s weaknesses are few and far between, but his inflexibility in terms of court position could be something he is working on in the close season. Despite his ability to run, Thiem’s net points aren’t as positive as perhaps they should be.

While players know they never get an easy ride from the Austrian, there might also be the feeling that if his opponent is right on their A-Game, Thiem can often work hard to a gutsy defeat more than he can eke out a victory.

Thiem will do well to improve on his 2018, but it is in the Grand Slams that he so desperately wants to succeed. With the French Open his naturally best surface, it could be that he is waiting for Rafael Nadal to slip up to have any chance at Roland Garros.

That has happened before – due to injury – and might happen again. If it does, Thiem will need to be ready. But with Nadal the world number one once again, how likely is that chance to present itself?

Slams to Win: None, but likely to reach at least one final. It could be another season of heartbreak and near-misses for the talented Austrian.