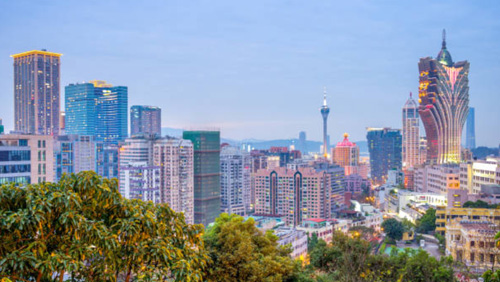 Ho Iat Seng, the incoming Chief Executive for Macau, has started to put together his list of new government leaders. One of the positions that will see a changing of the guard is Secretary for Economy and Finance, the body that also oversees gaming policies in the city. On his way out is Lionel Leong Vai Tac, who currently holds the position, and on his way in is Lei Wai Nong.

Lei comes from a background in public service and is currently the vice chairman of the Municipal Affairs Bureau’s administration committee. He will become the first Secretary for Economy and Finance to serve Macau’s government without private business experience, with all of his background having been primarily in government positions, including a stint with Macau’s Printing Bureau. Lei is also currently the chairman of the board of the government-controlled Macau Slaughter House, SA.

The gaming scene in Macau is heating up and there is a lot going on. Coming off a stagnant year in terms of revenue, Lei and Ho have a lot of ground to cover in order to improve revenue, and Lei will also be fundamental in overseeing the casino tender process that will take place in 2022. That licensing activity may include offering new licenses or restructuring the current framework, depending on the direction Ho wants to take with Macau’s economic advancement.

Macau’s new chief executive was selected after running uncontested for the job. He knows he’s in for a number of challenges and said previously that he, along with his administration, is ready to face the “historical problems” related to the city’s gaming industry and issues related to the tenders.

He announced this past September that he would be putting together his list of candidates for various positions, and it now appears that he only plans on replacing three of the current secretaries. The two that will stay onboard will be Secretary for Security, Wong Sio Chak; and Secretary for Transport and Public Works, Raimundo do Rosário.

Two single-term officials will be replaced when Ho and his new administration are sworn in on December 20. Alexis Tam Chon Weng, Secretary for Social Affairs and Culture, will be replaced by current Identification Bureau director Ao Ieong U and the Secretary for Administration and Justice, Sonia Chan Hoi Fan, will hand the reins over to Commissioner Against Corruption André Cheong Weng Chon.