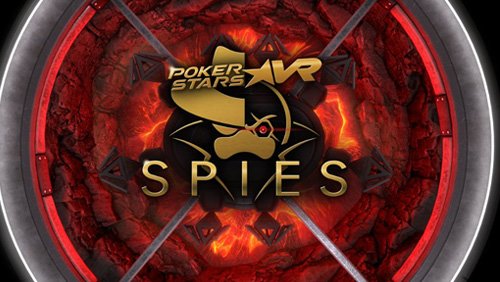 An exciting new game was launched by PokerStars this weekend as they welcomed players to Thanksgiving Weekend games on the PokerStars Virtual Reality online poker room. The theme? Well, it’s… spies.

If you’ve ever wanted to slip into James Bond’s tuxedo or wear Jason Bourne’s uncomfortable sense of not really knowing what’s going on other than somebody somewhere needs shooting – face facts, Bourne fans – then the PokerStars VR World might be for you.

With virtual weaponry, spy-themed challenges and a VR world designed to hook in those of us who enjoy a thriller theme to go with our poker thrills, it’s not just PokerStars who are excited about it, as Joe ‘Stapes’ Stapleton shared on Twitter.

Happy Thanksgiving! Today @PokerStars unveils a new #PokerStarsVR location and toys – for which I am #Thankful – because I get to stream with my REAL family: @spraggy, @GJReggie, @tonkaaaap, and @EasyWithAces in an hour! (11am PST)https://t.co/Hhdq9f9vSj https://t.co/6pqBNueN21

With supervillains waiting in their lair inside an active volcano on a snowy mountain, you can choose to be good or evil, you could even win a Virtual Reality themed bracelet. With the following events taking place in the PokerStars VR World, there’s still time to get involved this Thanksgiving weekend if Stapes has wetted your appetite.

With the first-ever PokerStars VRPT bracelet up for grabs, you can take on the action after watching  Stapes, Ben Spragg, Georgina James and others in action. With the action totally free to play, including in the majority of the United States, Thanksgiving is clearly a time for presents just like Christmas to online poker players in the U.S.A. who feel frustrated at the lack of action.

You can watch a demo of the PokerStars VR world right here:

The gameworld is incredibly intuitive to play, and with the realism of environments such as ‘Macau 2050’, ‘The Monte Carlo Yacht’ and ‘Showdown Saloon’, there’s all the fun of the fair to be had.

You can play NLHE, take on the PokerStars team members and even other Twitch streamers, so it’s no holds barred banter throughout.

You can download PokerStars Virtual Reality from Steam, Oculus Store, or Viveport and tune into the future right in the palm of your hand – and through your own eyes.