Three PokerStars related stories lined up like sardines in a tin including a decision to monetise VR, a full ban on seating scripts and preparations are underway for the 200 billionth hand. 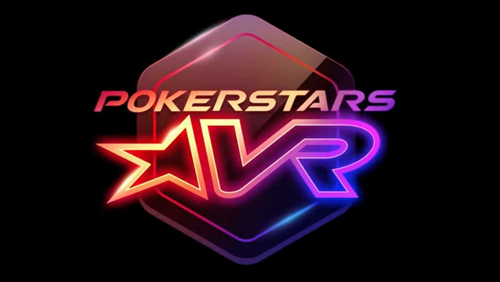 This one Painted Lady was fluttering on the roadside of the school fence. It must have been a pension short of a retirement plan because it couldn’t figure out that all it needed to do was fly over the fence, this, despite a kaleidoscope of them all taking this route.

The mass migration made me feel like I was amid an asteroid field, the black hole of Oregon and Washington sucking everything in from Northern Mexico.

A team of computer scientists from Florida’s International University love butterflies so much they have created a virtual reality game called Butterfly 1.0 where people can educate themselves on the relationships between butterflies, plants and invasive species.

It’s essential that we understand the butterflies importance to our ecosystem, and VR will help you do that, or, you could say ‘fuck the butterflies’ and save a different ecosystem by playing PokerStars VR.

Since then, the product has been 100% free-to-play, but the team have decided to help you put your hand in your pocket after the latest series of changes.

Here’s what you can expect in the first significant upgrade.

There will also be dedicated leaderboards for each Sit & Go level, and even cash games. You can win custom rings and a variety of other prizes.

The most significant change is the ability for players to purchase play money chips. The game is still 100% play money orientated, but if you want to increase your bankroll – and thousands of people will – then you can pay for additional play money chips.

The latest upgrade also allows players to mute other players’ actions, so if you don’t want someone shooting you or throwing cigars in your face, then this is a decent feature. There is also a ‘privacy bubble’ that when selected prevents people from invading your personal space.

PokerStars VR is available through Oculus, Viveport and Steam.

I know I am still in the land of the pager on this one, but in fairness, I have been suffering from man flu.

On April 11, PokerStars decided to ban seating script software across their cash game tables. You may remember that PokerStars first introduced a tweak in the seating script rules in March, and it seems the first change worsened the situation.

The rule change meant that third-party operators had to find a new way of providing their customers with a seat aid without the use of player profiling. They reacted by helping players find seats as soon as tables began filling up, or when a table reached a certain number of players, and while these modifications fell within the new rules, anarchy ensued, with players complaining that it had become even more challenging to find a table. PokerStars moved quickly, and now third-party operators like HirokuScript, Need4Seat and TableScan need to pivot and pivot fast.

Finally, PokerStars is about to celebrate their 200 billionth hand, so the marketing machine is flexing its muscles.

If they deal you into hand number 200 billion, you win $10,000. It doesn’t matter if you win, lose or fold. Nobody cares if you are playing cash games or tournaments. If you are dealt a hand you win ten-large.

Other ways to benefit is to receive a surprise chest. These chests are awarded randomly, every hour, at cash games tables until April 30th or the milestone. If you are lucky enough to receive one you will earn 20x the big blind at the table, you are playing.

PokerStars is also giving away $200,000 in free tickets for the Spring Championship of Online Poker (SCOOP). You can pick up these tickets competing in ‘The Big’ tournaments, ‘Bounty Builder’ tournaments and Sunday classics: Sunday Warm-Up, Sunday Million, Mini Sunday Million, Sunday Storm.

There is a $200k Mega Freeroll on May 1 at 14:00 (EST) where Stars will drop $30,000 worth of SCOOP tickets randomly, and lastly players logging in, and playing a single hand of real money poker in any format, will receive a free spin on the ‘200 Billion Hands Celebration Wheel’. Everyone is guaranteed a reward, and you receive a turn every 24-hours until either the 200 billionth hand comes and goes or that damn butterfly figures out how to get over that fence.​