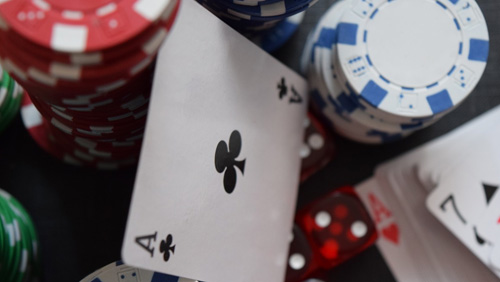 A round-up of news from the virtual rail including wangli0402 winning the 13th Anniversary Sunday Million on PokerStars, Chris Moorman collecting a record 30th Online Triple Crown, and big banks for Astedt and Romanovsky.

Imagine playing in an online poker tournament for two-days straight only for the experience to end with a victory worth $611,944 from an investment of $215.

How do you sleep afterwards?

The event settled down to be the second-richest PokerStars run online multi-table tournament (MTT) of all time, and the third-richest globally (partypoker’s $20m GTD MILLIONS Online still holds the record).

As you would expect, with so much money at stake for such a small investment, there was a deal. It happened when the play reached five-handed with t4rz4n_21 – $625,073 collecting the most money. The eventual winner came from China, which is odd because I thought being caught playing online poker in China is akin to hacking off someone’s head.

Niklas “lena9000” Astedt continued his hunt to reclaim the PocketFives World #1 spot from Roman “Romeopro” Romanovsky by winning a 150-entrant field in the $2,100 Sunday High Roller Cooldown. Romanovsky responded in true World Champ fashion by banking the most money ($131,692.24), despite finishing second, in the GGPoker Blade Series $10,000 buy-in, $200,000 GTD event. 34-people piled into that one.

The asteroid that was partypoker’s $30m GTD POWERFEST has since landed with the thud you would expect.

HaHaHaHakim from the Netherlands won the $5,200 buy-in, $1m GTD Championship event, defeating 237-entrants on the way to banking the $210,183 first prize after cutting a heads-up deal with AndreshhParty94 (who collected $206,818).

The $25,500, $2.5m GTD Championship Event attracted 105-entrants, and Russia’s PhileasFogg earned the $643,125 first prize. The win for the man who travelled around the world in 80-days saw him top the POWERFEST prize money leaderboard, with ‘denaiser’ taking the ‘ITM finishes’ title with 41.