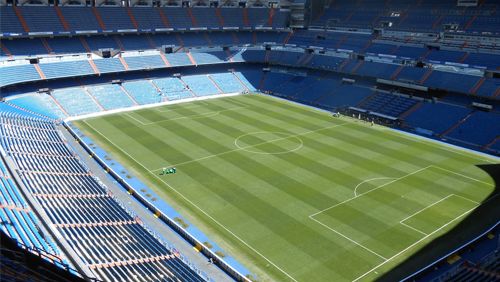 The European Champions hope to seal their progress to the knockout stage, there’s a potential Nou Camp classic and both United and Arsenal battle for pride on Thursday night.

With neither English club in Wednesday’s section yet guaranteed progress from their Champions League group and the Europa League just as open, British clubs face difficult ties at home and abroad as plenty of scores need to be settled this midweek.

When Liverpool and Chelsea battled it out for the European Super Cup back in August, both might have been forgiven for believing their respective Champions League groups to be merely formalities. No teams in there that looked too threatening on paper, they might have thought as their executives nodded politely at the draw whilst mentally spending the money the knockout stages were clearly going to bring.

Fast-forward three months, however, and neither club has yet made safe passage to that second stage of the 2019/20 UEFA Champions League, with Liverpool hosting Napoli and Chelsea travelling to Spain to take on Valencia.

In Spain, Chelsea face a tricky tie against Valencia, a side who have improved immeasurably since Gary Neville was their manager. The Spaniards are now a compact, dangerous outfit, as they proved at Stamford Bridge and sit on seven points just as Chelsea and Ajax do. A win for the Spanish side is vital with a potentially very tricky final game in the group to come against Ajax.

Liverpool have yet to seal the group themselves and face a Napoli side who are threatening on the counter-attack. While Liverpool have it easier in the final group game, this is at Anfield and they’ll be hoping to get the job done with a Gameweek to spare. Mo Salah is due a goal and will be hoping he can prove his fitness soon in a hit-and-miss season on a personal basis.

Manchester United and Arsenal could be looking forward to ties against F.C. Astana and Eintracht Frankfurt respectively more than might be expected. With neither side convincing in the Premier League, the Europa League already represents their best hope of reaching next season’s Champions League, even if that itself seems something of a poisoned chalice for either side. Can you see the Red Devils or The Gunners actually winning next season’s competition?

With fringe players likely to play, it will be good to get a better look at how players such as United’s Mason Greenwood and Arsenal Joe Willock are progressing. The children are the future for many clubs, but without the marquee signings that the Champions League guarantees, the kids might also be both of these club’s present too.