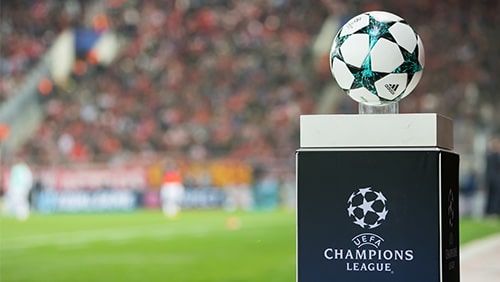 Liverpool and Manchester City try to remain focused, while Dortmund and Inter face make-or-break tie and Ajax take it to the Bridge

The Champions League is back in action and the crucial Gameweek #4 stage is upon us. While the first three games in each group have provided hints as to the progressors from each set of four teams, what teams need to do is often guided heavily by what transpires in Gameweek #4. Think of it as that crucial last game before the balls are changed at Wimbledon.

Someone is about to get aced. Others will be hoping to return to action in a couple of weeks just one win from the knockout phases. But who’ll be disappointed, and who is going to be checking VISAs and dreaming of making the Champions League Final at the Atatürk Olympic Stadium in Istanbul in May?

One game that draws the eye takes place at Anfield. Jurgen Klopp has already gone on record as saying Liverpool are totally focused on the current 8th-placed side in the Belgian Pro League and not thinking about Manchester City at all.

Sure, Jurgen. If you believe that, you also believe Sadio Mané has never exaggerated a fall onto soft turf like it was hot lava. Liverpool may win this game easily despite picking another ‘League Cup’ side and resting their front line. But in doing so, we think they’ll concede, and Genk’s lively forward Mbwana Samatta is a good price to slot home at the home of the European champions.

Our tip: Mbwana Samatta to score at any time (5/1)

A play-off for the knockout round in effect, with both sides currently three points behind a Barcelona side who face Slavia Prague on Tuesday night. While Inter are looking imperious domestically, they lost a lead at Camp Nou a few weeks ago, and the same scoreline appeals here simply because Borussia Dortmund often do exactly what they need to do.

Inter are locked in a fascinating fight for the Serie A title against Juventus, and will have been buoyed by Romelu Lukaku’s late double that saw them nick a win at Bologna over the weekend. Dortmund, however, might be one away trip too many, and we saw what happened in the Catalan capital. The same score tonight would give the Germans a huge boost to their chances of progressing to the knockout stage.

Chelsea struck gold in Amsterdam as they bossed a thrilling game and took three points back to London. But at home, Chelsea have been exposed and display signs of weakness, having already lost to Valencia and Manchester United in cup competitions at Stamford Bridge.

While Frank Lampard’s young guns will cause Ajax problems, to our eye, Chelsea look to have the pace and expansive play that actually suits a larger ground than their own one, and Ajax have a real chance to put themselves back in control of Group H.

Having no such qualms about thinking of anything other than Sunday’s game at Anfield, Pep Guardiola has been fanning the flames of rivalry of the top-of-the-table clash by insinuating Liverpool players might be tempted to throw themselves to the floor at times.

Will Manchester City care about this game at Atalanta, when they already have three wins from three in the group? Not one bit. While Atalanta might be bottom of Group C, they aren’t nearly as bad as their current pointless plight might suggest. While they may struggle to qualify, Manchester City can’t have their eyes on this game and are likely to rest defenders ahead of Sunday’s pivotal trip to Anfield.