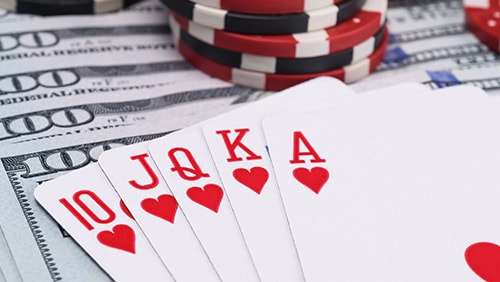 Another WPTDeepStacks winner took their title as the oldest poker tour visited another exciting territory in a far-flung corner of the globe and saw Brian Tougias lift the trophy.

With the WPTDeepStacks $1,100-entry Main Event attracting 750 players, the World Poker Tour were rightly delighted with both the turnout and positive atmosphere generated in the beautiful part of the world.

With the DeepStacks event taking place at the stunning NagaWorld Integrated Resort, the event was just the second time the World Poker Tour had visited the country, and in keeping with that travelling tradition, the winner, Brian Tougias won as an American living in Thailand, the Boston native having relocated to Koh Samui to teach.

Since that decision, Tougias has turned pro and this latest result for $131,430 is only his second live cash, his min-cash in the WSOPC Foxwoods event in Mashantucket in what one presumes was a visit to his homeland earning him $903. It was the first time Tougias had sat at a live tournament table since moving to the Far East.

With nine players left, the WSOP bracelet winner Jiyoung Kim was eliminated when she saw her shove with ace-queen crushed pre-flop and post-flop by Tougias’ pocket kings. That gave the eventual winner an unstoppable momentum, but it wasn’t all about the Boston-bred winner. He got involved again with six players remaining, busting Kue Seong Tchong after Tchong pushed all-in with pocket tens on a seven-high flop. Tougias, however, turned over a set of fives and Tchong took his leave with a five-figure score.

Tougias’ heads-up opponent was Kai Fu Wong, who would eliminate the next three players to put himself in the lead with just Tougias to beat. But once again, Tougias took the initiative, and ground his opponent down as he took a 3:1 chip lead.

It would be pocket kings again that would work for Tougias as he got it in good against Wong with Wong holding an open-ended straight draw. No cards came to help him, however, and Tougias took the title his play deserved. With the teacher turned poker professional thoroughly enjoying his time in the WPTDeepstacks event, his triumphant week was crowned in the best possible way, and will live long in his memory as well as the fans who tuned in.

The World Poker Tour themselves might be hailed as the biggest winners, with spectacular numbers backed up by a fabulous atmosphere in the NagaWorld Resort. Cambodia may not have to wait long until the World Poker Tour – as well as other live poker tours – revisit the area and bring yet more fun to the poker playing public.