Home / Sports / NFL tales from the book: Two matches that hurt the books in Week 12 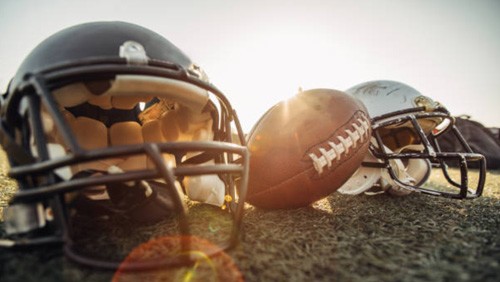 Every now and then, it can be pretty handy to get the bookies side of things. To better understand how the house is faring week to week this NFL season, we got insights from a Bodog insider on the biggest games and betting outcomes.

The Green Bay Packers moneyline (ML) was terrible for the books, losing to the 37-8. But not as bad as the Seattle Seahawks ML and spread (closed -1.5), which our insider comments “was our biggest loss of the day. But they made up for it with “a rare surprise the Patriots ML over the Cowboys was one of our biggest win of the day,” he notes.

Overall, favorites won the weekend, going 10-2 straight up, but struggled against the spread, going 5-6-1.

A boring match brings an avalanche of live bets

A truly boring game between the Cowboys and Patriots might have been a big win for the books on pre-match bets, but it hurt them in live bets. “Live betting on Dallas at New England was also the biggest in-game wagering event of the NFL season thus far,” he told us. “Boring as hell game but in-game bettors jumped on the sloppy play and even sloppier weather and the 13-9 final led to our biggest loss on in-game O/U betting of the season.”

A return of Colin Kaepernick?

Playing off the media hype of Kapernick’s workouts, the insider is ready with a bet for anyone willing to take a chance on the former 49ers QB. “We posted a prop as to whether he’d be on an active roster next season. +200 Yes, -300 No.”

If you think the Bengals might lose out the rest of the season, the insider is ready with a bet for that too. “They’re now 0-11 on the season which at the very least puts them in the driver seat for the #1 overall pick,” he allows. “Before today we had them at +250 to go 0-16 on the season.”

With Dan Schneider’s team looking like a disaster once again, Bodog is ready for wagers that he may sell the team. “We posted odds as to whether he’d sell the team before next season at +600,” the insider told us. “The Redskins actually won a game against the beat up Lions and FedEx Field which has struggled to attract fans this season was reportedly giving away tickets for as cheap as $5,” he added.

Our insider is excited for the upcoming slate of games. “American Thanksgiving is this upcoming Thursday, my favourite sports holiday of the year,” he noted. “The Lions and Cowboys always host and this is usually where both teams either raise or dash their fans’ playoffs hopes in dramatic/hilarious fashion.”

What games is Bodglooking at most closely?

“Games of the week are Patriots (-3.5) at Texans and Vikings @ Seahawks (-3), both prime time matchups and all four teams currently in playoff spots. The Patriots’ offense has been pretty lackluster the last few weeks with some of Tom Brady’s lowest passing totals. A month ago New England would have been as much as 6-pt favorites.”