Home / Business / Sports gambling could come to Virginia next year 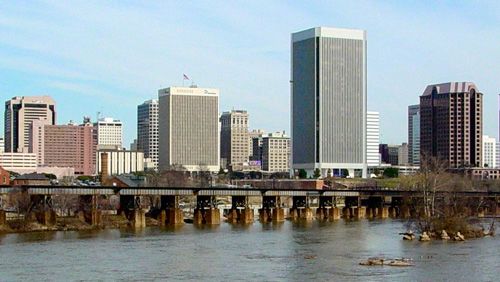 Tack on Virginia to the list of U.S. states that could see legalized sports gambling next year. The subject has been on the table for a while and hasn’t seen any significant progress. This is due primarily to the state’s long-standing opposition to gambling; however, times change and states have to change with them. A new bill has been filed that seeks to have the topic of legal sports wagers be at the forefront of conversation when legislators return to work in their next session.

Barry Knight, a member of the Virginia House of Delegates, has pre-filed House Bill 4 (HB 4) in hopes that lawmakers will take full advantage of the upcoming session to try to find a way to legalize sports wagers next year. The activity is considered a type of casino gambling in the state, which means it’s off-limits as long as Virginia maintains its anti-gambling stance unless lawmakers can be convinced that there’s a need to separate the two.

HB 4 is designed to work in tandem with Senate Bill 1126 (SB 1126), which had been submitted and approved earlier this year. That piece of legislation authorizes policymakers in the state to utilize resources and funds to explore how other states are doing with their sports gambling industries and determine if the revenue benefits warrant opening up the activity in the state.

HB 4 is anorexic when it comes to details on how the activity would work – it’s more of a simple placeholder so that lawmakers don’t forget about the subject. However, it reads, in part, “The Virginia Lottery Board would grant licenses to a casino gaming project that involves a minimum capital investment of $200 million, which may include investments in land facilities, infrastructure, equipment, or furnishings.”

Apart from that, there was no mention of the details that would be necessary for the bill to receive legislators’ full attention. It doesn’t discuss issues like mobile wagers or bets on college games, no mention of tax rates is included and no complete framework for licensing fees was included.

The measure provided by SB 1126 and HB 4 paves the way for sports gambling, but still leaves the final decision up to residents. Through the bill’s language, only a limited number of licenses would be authorized, one per region (the regions weren’t delineated, either). However, residents in each of those regions will be able to approve, or deny, the gambling facility.