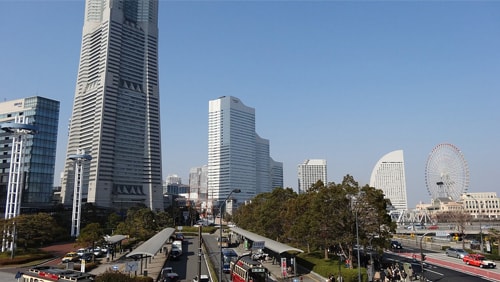 The Japanese integrated resort (IR) competition is really kicking into high gear now, as the process is starting to be fleshed out and several areas are preparing their proposals. That makes it the worst time to see setbacks to a potential bid, something that Hokkaido and Yokohama are now experiencing.

As reported by Japanese sources and picked up by Inside Asia Gaming, Yokohama’s IR bid now has a party dedicated to opposing it. The Constitutional Democratic Party of Kanagawa have established the Casino Problems Countermeasures HQ, which will take all the actions it can to reveal displeasure with an IR in their city.

The HQ will arrange a people’s vote to reveal public sentiment and collect signatures for a petition, designed to show Mayor Fumiko Hayashi that they don’t want any casinos in their city.

The effort is led by Tomoko Abe. He’s previously submitted a “Questionnaire regarding a second request for comments on the fundamental policy for the development of specified complex tourist facilities, including a casino.” The government responded to that request that it determined its application period based on an assumed timeline for all steps to be taken, as well as how tourist facilities would impact a region.

If Abe is successful, it could cause a lot of problems for the municipal government, who’ve indicated they want to use an IR to help revitalize Yamashita Pier.

At the same time, Hokkaido conducted a survey between September and November to help determine if the prefecture should bid for an IR, and the results are in! 2,500 Hokkaido residents, including interviewed in person, by mail and at regional briefings. The results are a lot to take in.

Those surveyed know that an IR would bring a lot of positive elements to their regions. 70% of the interview group believes new jobs will come with the industry. 70% of the regional focus group are happy about new tax revenue that would come in, and the general effect it would have on the economy.

The negatives also received high response rates though. 70% of the postal group were worried about general safety and addiction. 50% of all respondents said they were concerned about the impact on the environment. The overall desire to visit and use an IR was also quite low.

The intention of the survey is to help Governor Naomichi Suzuki decide if he should submit an IR bid for the region. With the results as mixed as they are, it’s unclear if it helped him at all.