Home / Casino / Biloxi, Mississippi might get a new casino 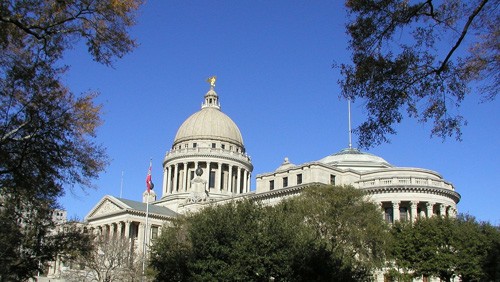 The former Tivoli Hotel in Biloxi, Mississippi is a great spot for a casino. That’s the assertion of a developer who wants to convert the beachfront property into a Biloxi’s newest casino resort. Biloxi Capital has taken the first step, filing a notice of intent about a week ago to apply for permission to use the 30-acre property for its massive development.

Biloxi Capital purchased the land about 13 years ago for over $40 million, but hasn’t done anything with it since. It sits adjacent to the Biloxi Yacht Club and the area has been zoned for gaming since 2007, giving the possibilities of a casino being approved better than 50-50 odds.

Involved in Biloxi Capital is real estate developer Danny Conwill, who states that around $600 million will be spent on the new venue, if approved. It will offer 100,000 square feet of gaming space that includes 2,000 slot machines and 75 gaming tables. It will also provide around 1,300 hotel rooms, a convention center spanning 100,000 square feet and additional amenities to be approved by the Mississippi Gaming Commission (MGC).

The proposal has already received a certain amount of support at key levels. Biloxi mayor Andrew Gilich got wind of the notice and stated that the site “is in the very heart of the East Biloxi waterfront area where the city has focused its development efforts. The project as proposed, will complement many of the initiatives on which we have been working.”

Councilman Felix Gines concurs. He states, “A development of this nature in East Biloxi will only help stimulate other much needed developments such as housing and retail growth. There isn’t a better location in Biloxi to help stimulate and kick start growth in the area.”

Biloxi Capital now has to file an application with the MGC to seek its approval. The executive director of the commission, Allen Godfrey, is aware of the notice to apply and is waiting to see the actual application. If everything goes well, Biloxi Capital hopes to receive the green light for the project sometime next month.

Steve Wynn doesn’t really get millennials, but he sure likes their money
Steven Stradbrooke
7 June 2016