Home / Casino / Mississippi closes casinos as it stares down another hurricane 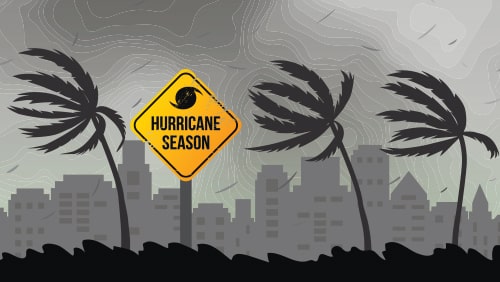 The states that rim the Gulf of Mexico can’t catch a break lately. Hurricane Laura came creeping through the gulf last month, forcing casinos in Louisiana to stop their recovery efforts and threatening everyone from Texas to Florida. Louisiana’s gaming properties are still cleaning up the mess from that storm, and now there’s another one looking to menace the area. As a result, the Mississippi Gaming Commission (MGC) ordered all casinos along the coast to close yesterday afternoon.

Hurricane Sally is on track to be a Category 2 storm when it hits land sometime late tonight or early tomorrow morning, and the latest path has it making landfall anywhere from the eastern edge of Louisiana to the Florida Panhandle. Right in the middle of that scope lies Mississippi, which could see the majority of the storm’s fallout. This led the MGC to take action yesterday, ordering all casinos to be empty by 4 PM local time.

A number of venues helped patrons pack up and ship off, even providing ground transportation so they could make their way to catch flights out of the area. Hurricane Sally was first Tropical Storm Sally yesterday before it increased to a Category 1 storm in just two hours. It became a Cat 2 hurricane about two hours later and then lost a little speed, forcing it to be redefined as a Cat 1 storm. The next few hours will determine whether or not it regains its strength and what area of the coastal U.S. it wants to target.

Of the casino closures, Mary Cracchiolo Spain, the President of Coastal Mississippi and PR Director for MGM Resorts Mississippi, explained, “I think that, hope for the best and prepare for the worst and so this is not our first rodeo, we’ve been through many storms so we feel very comfortable with the process that we have in place. And so, we’ll just be watching and like I said, praying all goes well, but preparing for anything that could happen.”

Even if Hurricane Sally decides to bear down on Mississippi, other states, like Alabama and Louisiana, could still see damage, as well. The storm could potentially force waters in the Gulf of Mexico to push northward, causing severe flooding in the entire region. This would be another devastating blow to Louisiana and would further impact its ability to start trying to find some sense of normalcy in a crazy year that has caused problems almost from its onset.

Hurricane Sally is reportedly moving slowly, which will allow it to churn up more water as it approaches the top of the Gulf of Mexico. According to early estimates, there’s a possibility of a storm surge in some areas of up to eight feet, with isolated spots receiving up to 11 feet of additional water. The National Hurricane Center warns, “The bottom line continues to be that Sally is expected to be a dangerous slow-moving hurricane near the coast of southeastern Louisiana, Mississippi and Alabama during the next 2-3 days.”