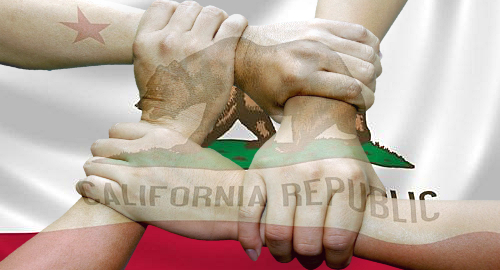 California’s sports betting legalization efforts got a major boost this week as a number of influential Native American tribes offered an olive branch to the state’s horseracing operators.

On Wednesday, a coalition of 18 California tribes – including the Agua Caliente Band of Cahuilla Indians, Pechanga Band of Luiseño Indians and Morongo Band of Mission Indians – filed papers for a 2020 ballot initiative that would amend the state’s constitution to permit land-based sports betting at tribal casinos and state racetracks.

The California Sports Wagering Regulation and Unlawful Gambling Enforcement Act would enable wagering by anyone 21 years or older, tax sports betting revenue at 10% and prohibit wagers on games in which any California college team is playing. The proposal would also allow tribal casinos to offer craps and roulette, expanding their current slots and card games offering.

California already has a sports betting legislative vehicle in the works, but that measure foresees a role for the state’s licensed cardrooms, with which the tribes have repeatedly fought over the cardrooms’ alleged infringement of the tribes’ monopoly over house-banked card games.

The tribes’ willingness to cut the tracks in for a slice of the betting pie seeks to bypass some of the factional obstacles that have repeatedly undone the state’s efforts to approve online poker legislation. But the cardrooms have their own backers in the state legislature, and will be expected to mount a furious defense of their right to participate.

Perhaps sensing the tribes’ plans, the California Gaming Association – which represents the cardroom sector – put out a statement this week reminding everyone that the sector directly and indirectly creates over 32k jobs, generates annual tax revenue of around $500m and total annual economic impact of $5.6b.

The tribes hope to avoid some legislative quicksand by taking the issue directly to voters. California has a relatively low threshold – 8% of voters, or just under 1m signatures required – for getting such measures onto its ballots, so the issue appears a cinch for making it onto the November 2020 sheet.

Pechanga chairman Mark Macarro expressed pride at the number of tribes that have signed on to the betting plan, which he called “an incremental but important step toward giving Californians the freedom to participate in this new activity in a responsible manner.”

Yocha Dehe Wintun National chairman Anthony Roberts noted that his tribe had “historically been opposed” to gambling expansion, but said the new initiative was “a viable and measured path” toward legal wagering.

California’s lack of movement on the gambling expansion front hasn’t deterred commercial gaming operators from striking prospective deals with state tribes. While the tribes’ new plan features no online or mobile betting — which dominate betting activity in states in which it’s permitted — hopes will be high that those options will follow once the cork is out of the bottle.